YouTube Videos Can Help Your Business to Grow: 5 Tips and Tricks 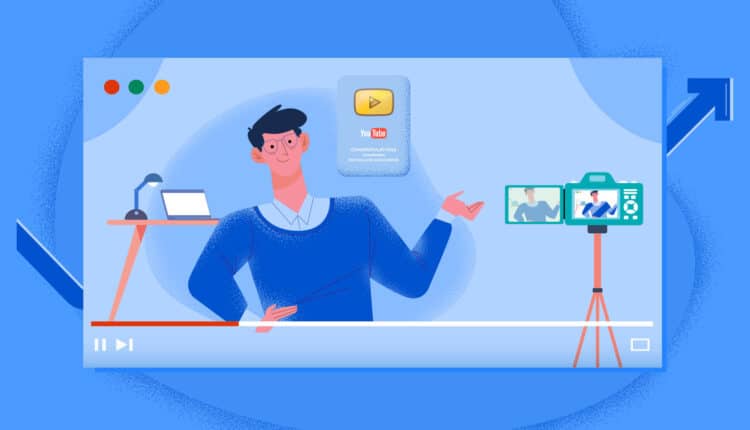 After Google, YouTube is the next biggest search engine with over 2 billion users growing every day. Ever since the introduction of the video-sharing platform in 2005, it has been progressing in terms of operations and its features.

The tremendous usage and growth have meant that businesses can make use of its offerings to get more people to buy from them and promote their products and services. In addition, the immense reach that the platform has had ensures that it is the preferred choice of many businesses to promote themselves and their businesses.

Despite the segment of business you are in, it pays to post videos on YouTube with good results. Below are five ways YouTube videos can help users bring in much-needed traffic and promote their business services:

With over 500 hours of video being uploaded every minute, YouTube remains one of the most sought-after channels to place advertisements. It is possible to have flash videos placed during broadcasts to not miss out on important pieces of information.

One of the key features of placing an advertisement on YouTube is that the viewer cannot fast forward the presentation. Thus, the message gets delivered each time it is aired. This could be the best bet for getting people to watch what is being shown before them for the advertiser.

Due to the extended reach the YouTube videos have, it remains the most sought-after space for getting people to watch what is being said. The channel ensures that people can cost-effectively get their messages out to the masses.

The competition is rather stiff on YouTube channels, and it takes a particular focus to get the message across. Of course, it helps to be creative with the video presentations, and there is more than ample space for people to try and innovate their offerings.

People who have placed advertisements on YouTube often claim higher ROI when returning on money invested in the channel. The possibility that videos on the channel can reach out to more people than any other medium makes it one of the most potent available to users. Advertisements placed on YouTube can generate a large number of leads to the websites each time it is used.

When a website manager wants to rely on videos to promote themselves, YouTube remains one of the safest bets to get people to the site. Often it is not just the sheer numbers that seem attractive but the quality of leads for most parts.

Marketing folks often speak of the quality of leads generated over a certain campaign. This qualifies to be the number of genuine buyers that a particular promotion generates over some time. It must be said of YouTube videos that they have consistently delivered on quality viewership each time it has been implemented.

Statistically, too, the chances of success that a YouTube video provides are unmatched by most other contemporary channels. With the YouTube videos, this could be the most significant feature to the videos presented on YouTube for the most part.

The primary reason that people find the YouTube channel to be the preferred spot for hosting promotional videos is that it can be easily edited and presented to the viewers. You can use a YouTube video editor to create a perfect video with transitions, effects, music, etc. If ever there were a key function of the YouTube editor, it would be rather convenient to use. In addition, a simple-to-use interface makes it relatively approachable to most people who want to get their videos edited.

Despite the rather simple-looking interface, the video editor is one of the most powerful tools to be used to edit YouTube videos at any time. The video editor can customise the feeds so that the platform targets people better. It helps create a loyal following to the feeds, but this is a way of self-promotion.

The YouTube platform is a leading avenue to create influencers on the web. In addition, it is possible to promote custom channels on the platform that enables people to gain sustainable audiences and target customers most of the time.

When it comes to the return on money invested in YouTube, it has been noticed that it is one of the most reliable ones available to provide a return on investment. This is because most influencers manage to have more than a single channel, thereby helping focus on more than a single market segment.

The marketer can experiment with tactics on YouTube. Some of the most viral videos have been achieved by focusing on an out-of-the-box approach to creating them. One of the notable features of YouTube promotions is that the viewers themselves are active promoters of videos that they approve of in the first place.

Few other channels have had the success that YouTube has had in creating influencers in such a short period. The success of influencers would lend credence to the channel as a whole and make it dependable to those who want to use it.

One of the tremendous ways that marketers can put YouTube channels to use is by repurposing the blogs that have been created on the websites. It does get the most traction of a particular blog post compared to promoting it in other ways.

The repurposing of blogs works best for people who have managed to create viral blog posts that they can focus on to get more people to visit the posts. There are two ways of doing this, as explained here.

The first method is to narrate the blog in the video with supporting pictures. This sort of narrative would find usage in marketing channels that have had success with their blog posts. It helps encash the success of posting and further take the posting forward.

The second method is to talk to the camera while giving out the salient points of the blog. Again, it can be done as bullet points so that the message is not lost in the clamour of language presentation as far as possible.

No marketing method is a hundred percent foolproof. The best that a business can do is increase the probability of success. Considering the past achievements of YouTube campaigns, a note must be made that video presentations have the most chances of success if sustained over some time.

When marketing is studied at length, it has been noticed that videos contribute the most towards the success of a marketing campaign. Thus, using YouTube videos must be a natural follow-through for those seeking success in marketing products and services over the internet.

Modern-day marketing videos are highly flexible and versatile in their approach, and it is possible to get the idea across in as little time as is possible. Rest assured that with the right approach to doing videos that manage to sell and convince, the marketplace is going to get all the livelier.

HOW LATE IS THE CLOSEST GROCERY STORE OPEN 2022?

How an SEO Company Can Increase Your Online Presence

How To Become A Senior Editor Online?

7 Reasons Why Instrumental Graphic Designing Has a Bright Future

How Many TikTok Followers You Need to Start Making Money?