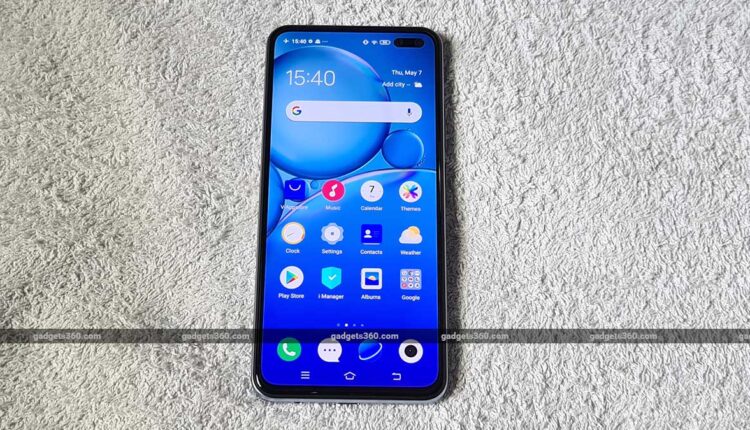 Three of China’s largest smartphone brands have opened discussions with Indian manufacturers about making phones locally for global export, a concrete step toward establishing the country as a hub for electronics production.

Xiaomi, Oppo and Vivo are holding talks with Indian contract phonemakers, hoping to take advantage of cash incentives readily available to local firms, people familiar with the matter said. If they go ahead, the plan is to get Lava International. and Dixon Technologies to assemble the phones and begin exporting from their plants as early as this year, they said, declining to be quoted on sensitive negotiations.

Such a collaboration would be a milestone for an industry increasingly dominated by Chinese brands. China is both the world’s largest consumer and producer of smartphones, but Xiaomi and its peers are looking for ways to expand globally as their home market plateaus. Oppo and Vivo have begun discussions with Lava while Xiaomi is courting Dixon, the people said.

Representatives for Lava, Dixon, Xiaomi and Oppo did not respond to requests for comment. A spokesman for Vivo pointed to previous statements about the phonemaker aiming to export from India by the end of 2022.

The government has long pressed overseas brands to boost exports in return for access to India, the world’s fastest-growing smartphone market. More broadly, manufacturers globally are exploring ways to reduce their reliance on a China-centric supply chain following a bitter trade war with the US and pandemic-inflicted shipping constraints.

India, along with Southeast Asia, is emerging as an alternative.

“India is making the most of the technology cold war between the US and China, and now China and Taiwan, to strategically increase electronics manufacturing,” said Priya Joseph, a policy analyst at researcher Counterpoint. “After getting phonemakers to make in India for the domestic market, the government is preparing the ground for the next level of battle in phone exports.”

India’s mobile exports have skyrocketed since the government introduced the Production-Linked Incentive, or PLI, program in 2020. Mobile exports are expected to surpass 450 billion rupees ($5.9 billion) in the year ending March, a 30-fold jump in five years, according to the India Cellular & Electronics Association.

“We foresee another 10-fold growth by 2026 riding on the key pillars of Apple and Samsung’s global value chain ecosystem, as well as large domestic companies such as Lava,” said Pankaj Mohindroo, chairman of the association. “India will hit about $60 billion in exports by 2026.”

Several major names have signed up for the government incentives program since it was unveiled in mid-2020, envisioned at the time as helping create $150 billion (roughly Rs. 11,18,080 crore) in mobile phone production over five to six years.

Apple’s primary suppliers, Foxconn, Wistron and Pegatron, were among the first to commit, alongside Lava and Dixon. Since then, the government has extended similar incentive plans to a variety of electronics from laptops to semiconductors.

While Delhi has banned Chinese apps and services from TikTok to games, the administration welcomes foreign manufacturers that can propel their longer-term ambitions.

India has emerged as the 2nd largest manufacturer of mobile handsets in the world in volume terms.Over 200 units are manufacturing cellular mobile phones up from only 2 units in 2014. Production has gone up from 6 Cr mobile ph in 2014-15 to app 30 Cr mobile phones in 2020-21.Gr8

Xiaomi, Oppo and Vivo have in past years begun shifting capacity to India. That’s helped the country emerge as the second-largest manufacturer and assembler of mobile handsets by volume. A couple hundred factories now manufacture both basic feature phones as well as smartphones, up from just two in 2014, according to Amitabh Kant, chief executive officer of the government’s think tank, Niti Aayog.

The bulk of these are phones remain in the sub Rs. 10,000 price band. Some of the largest domestic contract phone manufacturers are already exporting India-made devices. Lava, for instance, exports to the US and Africa while Dixon makes Motorola phones for the US market.