Video of Birds Protecting Their Nest From Snake Wins Internet 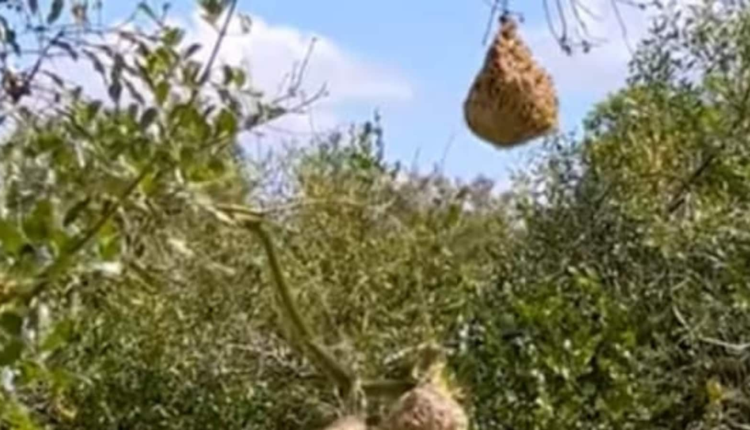 Animal videos are always a delight to watch. Whether it is their cute antics, unbelievable stunts, or simple beauty, they appeal to every generation and go instantly viral. However, some videos not only are appealing to watch but also teach us a lesson or two. Animals and birds often exhibit character traits that we humans have long shed.

We have often left marveling at how these species have still retained these natural traits and questioning our position as the dominant species of the planet. One such video has surfaced recently where a flock of birds has displayed to us, the power of unity.

The video was uploaded on the YouTube channel Latest Sightings. It shows birds acting together to desperately fend off a snake that attached itself to one of their nests dangling from a tree branch.

The snake is seen trying to slither from one nest to another on a tree. The snake is spotted by one of the birds and it immediately starts flying close to it, pecking it and flying away before the snake could react. Very soon, other birds join in to try and protect their chicks in the nest. All of them start attacking the snake, pecking it and flying away. Although the snake tried to hold on to the nest for a long time, the birds ultimately succeeded as the snake gave in eventually and slithered away from the nests to the top of the branch, away from the camera’s view.

The video, which has gone viral and has been watched more than 70,000 times, is a lesson to humans to stay united during a time of crisis. There were many comments on the video, applauding the bravery of the birds.

One user said,“Teamwork makes the dream work! Go yellow birds,” while another user drew parallels with the ongoing Russia-Ukraine conflict saying, “Some people say the Ukrainians should give up, cause they have no chance. These birds tell something different.”