US Man Smuggling 52 Lizards, Snakes in His Clothing Caught at Mexico Border 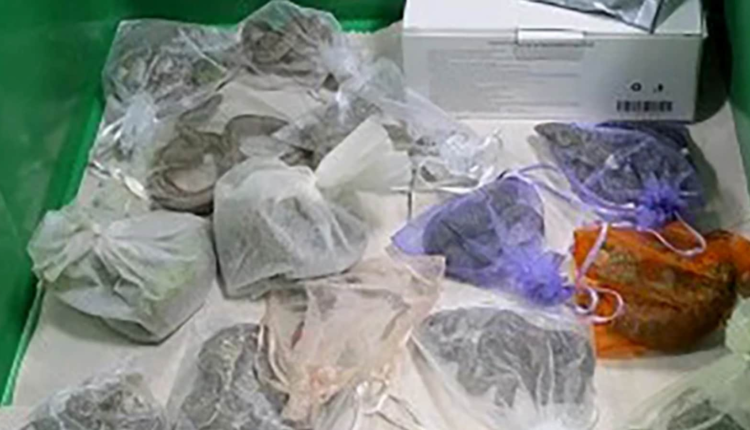 A man who tried to slither past U.S. border agents in California had 52 lizards and snakes hidden in his clothing, authorities said Tuesday. The man was driving a truck when he arrived at the San Ysidro border crossing with Mexico on Feb. 25 and was pulled out for additional inspection, U.S. Customs and Border Protection said in a statement. Agents found 52 live reptiles tied up in small bags “which were concealed in the man’s jacket, pants pockets, and groin area,” the statement said. Nine snakes and 43 horned lizards were seized. Some of the species are considered endangered, authorities said.

“Smugglers will try every possible way to try and get their product, or in this case live reptiles, across the border,” said Sidney Aki, Customs and Border Protection director of field operations in San Diego. “In this occasion, the smuggler attempted to deceive CBP officers in order to bring these animals into the US, without taking care for the health and safety of the animals.”

In an another incident, a horrifying incident happened where a landlord found a “gigantic” boa constrictor, which is a non-venomous and heavy-bodied snake, on his property after his “nightmare” tenants left. This is not all. The Snake, which is frequently kept and bred in captivity, was found amongst the mountain of rubbish left behind by the tenants.

According to The Sun, property owner Phil Tewkesly discovered four snakes in total, out of which two were dead. Not just this but Phil also found dead fish, bugs, scorpions, and a tarantula. As per the report, Phil informed that in the past two years, the tenants, who were a couple, and their teenage daughter, used the coronavirus pandemic as an “excuse” to deny him access to inspect his own property. After getting access to his property, Phil described the home as “a rubbish dump with a roof on it”. In addition, waste like paper, beer cans, dead plants, plastic bottles, containers, clothes, cutlery were scattered across the floor of each room.