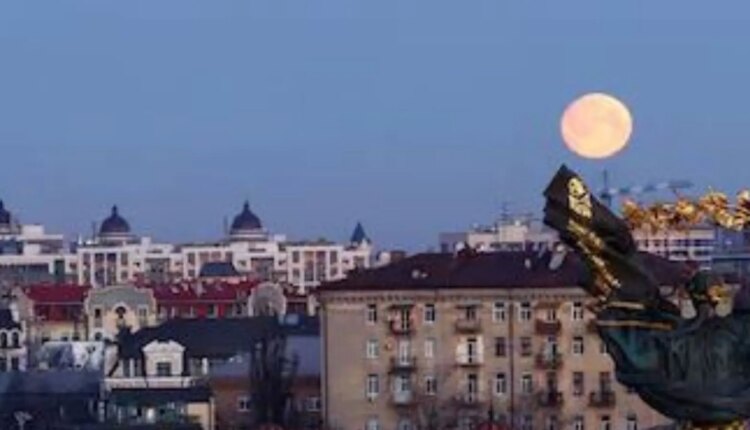 As the Russia-Ukraine conflict enters its fifth day, a heartbreaking story of a Ukrainian woman named Olena Henley brought to the fore once again how war not only claims life and property but also indirectly affects thousands of lives of those who have nothing to do with it. 49-year old Olena got married three months ago to British citizen Jonathan Henley and would have soon joined her husband in the UK if Russia had not initiated a war against Ukraine.

Olena, who was all excited about getting to be with her husband after completing almost all the tests required to receive a UK visa, was left heartbroken when the last required step to be granted application, a 15-minute English test, was postponed indefinitely due to the war. In a video clip procured by LadBible, Henley spoke from an underground Metro station in Kharkiv and opened up about her plight of being stuck in the country due to her visa application process being stuck. Her husband, Jonathan had to return to Britain, leaving her in Ukraine. She said she spent the night in the metro station along with other citizens for safety and that there were explosions close to her home.

54-year old Jonathan, who last saw her ladylove on Valentine’s Day, is worried sick about her and told LadBible that she was scared and nervous, calling her incredible. “With the possibility of bombs dropping it’s hard to comprehend,” he said. He said he flew out of Ukraine on February 14 and that Olena’s English test was scheduled for February 19. According to him, all other paperwork and tests had been successfully completed but the English test was cancelled because of the situation.

The two first met online during the pandemic before meeting in person in August 2020. They were held apart due to travel limitations after a “wonderful” time together in Istanbul, and they only met again in 2021. They got married in December and started the process of relocating Olena to the United Kingdom. On February 26, Olena provided an update, stating that she is staying in the metro with her mother, brother, and dog.

“I left metro and went home to have hot food some food and drink and maybe to rest a little bit but then it’s 7 o’clock it’s a notification we have identification about a lot of alarms, they can bomb us from aeroplanes or artillery strikes,” she said according to LadBible.

“Our first priority continues to be assisting British nationals in Ukraine and their dependents who wish to exit the country. We work 24 hours a day, 7 days a week to process visa applications, and we process many of them in a couple of hours,” a government spokesperson told LadBible.