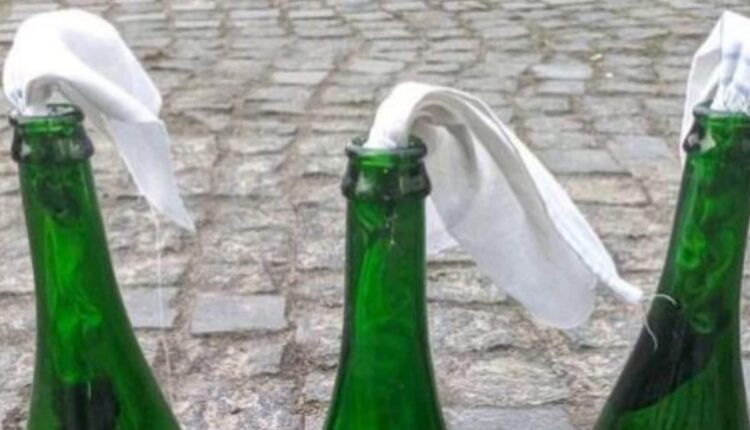 The Russian invasion of Ukraine is getting worse, and the citizens of Ukraine can see their sovereignty at stake. As a result, residential houses are getting loaded up with weaponry and other elements that can be used as protective measures against the Russian army.

While on her stroll in a Ukrainian neighbourhood, a journalist met an old woman named Raisa Smatko who openly challenged Russian soldiers while flaunting her Molotov Cocktail collection. The 72-year-old woman, a mother of four and grandmother of three, is filled with anger and she claims to not abandon the nation but wait for the Russian soldiers to greet them with what is touted as poor man’s grenades.

A former economist in Ukraine, Raisa spends her time nowadays making Molotov cocktails and urges others to do the same, chiming in with the public requests of a similar nature made by the Ukrainian government. Raisa says she is ready to face the Russian soldiers and fight them.

“Let those Russian sh*ts come here. We are ready to greet them,” said Raisa. On being asked how did she learn how to make Molotov Cocktails, she humbly replied, “Well, I googled it.” Take a look at the short documentation of the meeting between the journalist and Raisa.

A grandmother and retired economist tells @clarissaward she learned how to make Molotov cocktails using Google. "Let those Russian sh*ts come here," she says. "We are ready to greet them." pic.twitter.com/t3URCCdkD6

The paradigm has now become prevalent where regular citizens are willing to take up arms to protect their country from Kremlin infiltration. Not just citizens but various manufacturing plants are transforming themselves into making Molotov Cocktail. For instance, the Pravda brewery in the city of Lviv, Ukraine, that used to make beer has now begun a full-fledged production of Molotov Cocktails in the same bottles they used to pack beers in.

Similar to Raisa and many others in her neighbourhood, people have already settled with the fact that they might need to pick weapons to save the sovereignty that is very dear to them. Meanwhile, according to a Reuters report, roughly 6,000 Russians were killed in 6 days of the war.

Realme Narzo 50 to Go on Sale in India for the First Time Today: Price, Specifications