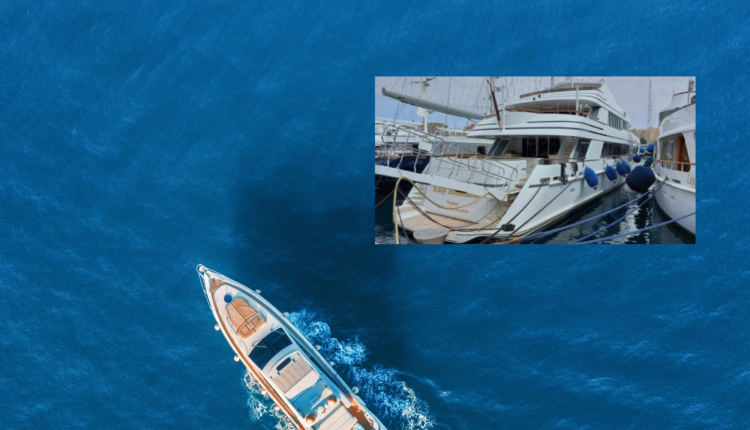 A Ukrainian mechanical engineer tried to drown his Russian employer’s luxury yacht as he watched Russian missiles plow into apartment blocks in Ukraine. The the £7 million luxury yacht called Lady Anastasia was docked in Mallorca when the Ukrainian man, Taras Ostapchuk, made the attempt, reports The Daily Telegraph. The owner of the yacht, Alexander Mijeev, is a former Russian Helicopter Corporation head who took over a state-owned weapons supplier. Ostapchuk, 55, told Spanish authorities after his arrest that the weapons of the kind manufactured by Mijeev are being used to kill Ukrainians. Ostapchuk had worked on the yacht for a decade and had opened a key valve, causing for it to submerge partially.

Ostapchuk claimed that his decision came after he watched a video of damage caused to an apartment block in Ukraine. He said that it looked like it had been caused by a missile strike of the kind that Mijeev manufactured. Ostapchuk then went on to open a plug in the engine room and another one in the crew’s living space. He also ordered other crew members to abandon ship, reminding them that they, too, were Ukrainians. They, however, refused to obey the order and worked to prevent the yacht from being flooded. As per a Business Insider report, he also said that this was an act of revenge for the invasion, adding in a court statement that he had no regrets.

The 55-year-old engineer further told a local news organisation that even though he had lost his first battle, which was to drown his employer’s superyacht, he would win the next one, which is to return to Ukraine to fight against Russia. After hearing Ostapchuk’s confession, a judge in Mallorca let him off on bail.

Ukrainian civilians stepped up in various ways in the war-torn country. A Ukrainian brewery has switched from beer to Molotov cocktails, converting its bottling facilities into a petrol bomb factory churning out Molotov cocktails to be launched at Russian tanks. The Pravda brewery is located in Ukraine’s Lyiv city and it’s using beer bottles for the Molotovs. The bottles read “Putin Huilo” which translates to a slur attached with the Russian President’s name. The Molotov cocktails are being made for the use of Ukrainian self-defence militias, reports Telegraph UK. Juri Zastavniy, the manager of Pravda, said that given the war, not many are drinking beer at this point of time anyway. As per an AFP report, Zastavniy said that they have been making the Molotov cocktails because someone has to, apart from the fact that they have the skills to do so.

What should I look for when buying a new home?