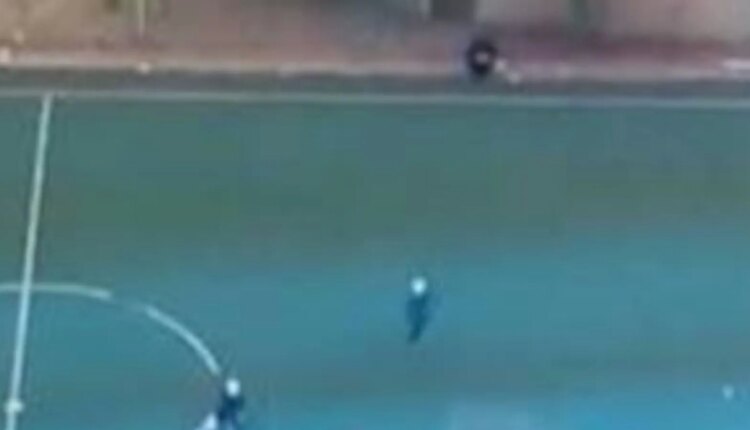 Siren noises have engulfed the war-torn country Ukraine. However, that didn’t stop a group of boys from Ukraine’s Dnipro from playing a football game. Despite the current situation in their country, their love for the sport can clearly be seen in a video that has now gone viral on social media. It seems as if their passion for football has taken all their fear away. This incident has given us a glimpse of what Ukraine was like in peaceful times. All sports activities including the Ukrainian Premier League have been suspended due to the ongoing war.

As of March 2, the UN reported at least 536 casualties amongst which 136 civilians have been killed including 13 children, and 400 have been injured since the Russian invasion started last week. A UN spokesperson of the human rights office (OHCR), Liz Throssel, told in a briefing that the actual number might be much higher. She informed in the briefing that 253 of the casualties were reported in Donetsk and Lugansk regions in Eastern parts of Ukraine, as per a Reuters report.

The Indian Embassy in Kyiv on Tuesday urged Indians to leave Kyiv using any means possible. The appeal came after Moscow advanced with a huge 64 kilometers long convoy towards Kyiv, the Ukrainian capital. The advance happened despite Ukraine agreeing to hold talks with Russia aiming at stopping the war.

The two countries have officially been at war for the 10days now. While the local authorities deny it, Russia has claimed to have taken control of Kherson, an important Southern city in Ukraine. US President Joe Biden, in a press conference, said that Russian President Vladamir Putin will pay a huge price for attacking Ukraine.