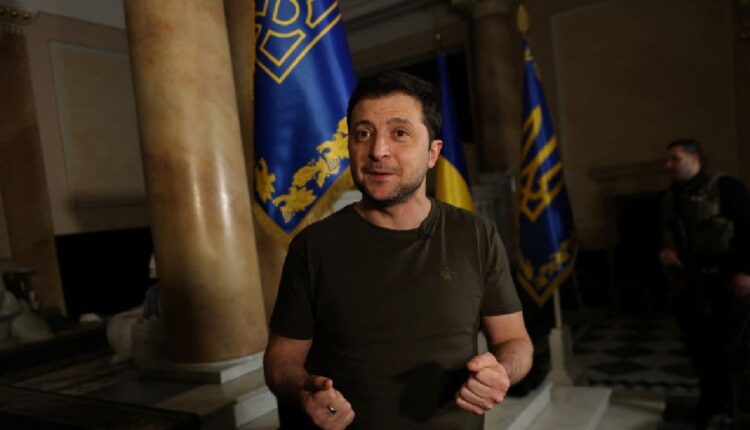 Amid Russian military threats across the country, Ukraine had asked for help from the crypto community back on February 26. Since then, it has managed to rake in upwards of $35 million (roughly Rs. 265 crore) in crypto donations to support its civilians and troops. The Ukrainian government initially opened up to donations in Bitcoin, Ether, and Tether (USDT). On March 1, it added Polkadot to the list too. Tom Robinson of Elliptic, a firm that tracks cryptocurrency transactions, states that most donations so far have been in Bitcoin and Ether while a number of people have also sent non-fungible tokens (NFTs) to the Ukrainian government’s Ethereum account.

While it isn’t public information yet as to how Ukraine’s government has been deploying funds gathered through crypto donation, Michael Chobanian, founder of Kyiv-based crypto exchange Kuna, appears to be a central figure in the fundraising effort for Ukraine so far. Chobanian has helped set up two charitable funds to aid Ukraine’s war effort and war-affected population. The Crypto Fund of Ukraine was set up two days ago and has primarily been used to buy food, gas, medical supplies, and firearms for civilians and to help evacuate people.

The second wallet, which is coordinated by Ukraine’s Ministry of Digital Transformation, is funding the army. Chobanian’s exchange platform Kuna, meanwhile, is assisting the government in converting crypto to fiat money, as “the government doesn’t know how to properly manage the crypto,” he said in a statement to CoinDesk.

There are other organisations that have also added to Ukraine’s crypto donation causes, set up as charity projects and decentralised autonomous organisations (DAOs) for more directed efforts. UkraineDAO, a DAO created to raise funds for Ukraine, was created earlier this week by Nadya Tolokonnikova, a founding member of the “conceptual protest art group” Pussy Riot, alongside Trippy Labs and members of PleasrDAO.

Another fundraiser called Support Ukrainian Sovereignty claims to have raised over $500,000 (roughly Rs. 4 crore) to date, while NGO Come Back Alive, which was suspended by crowdfunding platform Patreon for “funding military activity”, has raised “several million dollars” in crypto, as per Elliptic.

In an initiative to support donations in several other altcoins — including NEAR, Binance Coin (BNB), Binance USD (BUSD), Solana, Polygon, and others — activists in the blockchain community have also created a charity project named the Unchain fund. Since its launch, the fund has raised more than $1.8 million (roughly Rs. 13.5 crore) in cryptocurrencies. The funds were mostly raised through NEAR token donations.

At the time of publishing, an updated figure from blockchain security firm SlowMist shows that accumulated crypto donations to Ukraine’s cause have already shot beyond the $50-million (roughly Rs. 375 crore) mark.