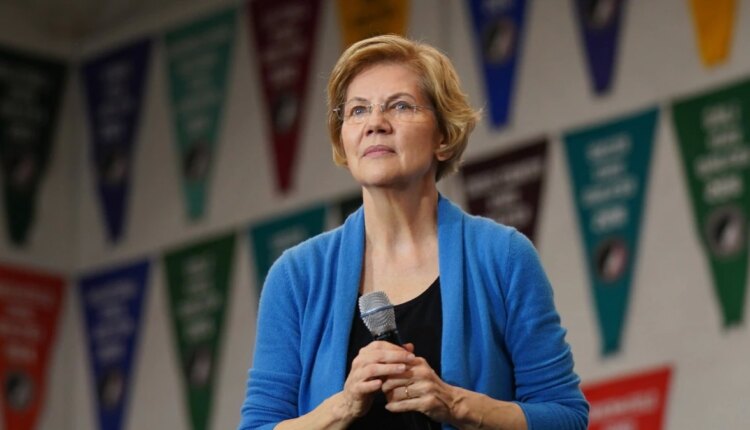 US Senator Elizabeth Warren is working on a bill that would ensure that the use of cryptocurrency does not undermine US sanctions imposed on Russia over its military offensive against neighbouring Ukraine. These sanctions against Russian individuals or companies include blocking of assets as well as limiting the access of Russian entities to US financial systems. Since cryptocurrencies are not under the direct control of any government, they could be exploited by sanctioned Russians to evade the levied penalties, US authorities are concerned.

The bill being drafted by Warren is largely speculated to ask crypto exchanges operating from within US to identify suspicious transactions linked to Russian wallet addresses.

She claims that this bill will ensure that, “crypto isn’t used by Putin and his cronies to undermine our economic sanctions,” as one of her recent tweets read.

Last week, Warren wrote a letter to US Treasury Secretary Janet Yellen requesting details on how the financial body plans to enforce compliance of US sanctions against Russia via crypto players.

“Strong enforcement of sanctions compliance in the cryptocurrency industry is critical given that digital assets, which allow entities to bypass the traditional financial system, may increasingly be used as a tool for sanctions evasion,” the letter read.

In general, the crypto community takes pride in its pro-anonymity nature while also not being controlled by any regulatory authorities.

At this point, US-based crypto exchanges like Coinbase, Binance, and Kraken are not ready to block all Russian accounts, despite cooperating with US in banning sanctioned entities.

Coinbase, for instance, recently claimed that it suspended services for over 25,000 addresses related to Russian individuals or entities believed to be engaged in illicit activities including sanction evasions. The platform claims that if a unilateral ban on Russian accounts is imposed, innocent Russian investors would have to suffer the consequences during these trying times.

As of now, details on Warren’s bill remain awaited.

Last week, Hillary Clinton, the former US first lady and presidential candidate, had said that if crypto exchanges block Russian users, the economy of Russia would get isolated, which may spell the end of its attack on Ukraine.

As Russian weapons continue to injure the residents of Ukraine and demolish infrastructures, Ukraine’s Vice Prime Minister Mykhailo Fedorov has requested all major crypto exchanges to block Russian users for the time being.

It’s crucial to freeze not only the addresses linked to Russian and Belarusian politicians, but also to sabotage ordinary users.

Ukraine itself, on the other hand, is collecting crypto donations to help its war-ridden economy.

Over $60 million (roughly Rs. 460 crore) have been collected as crypto assets by Ukraine so far, as per blockchain analytics firm Elliptic.