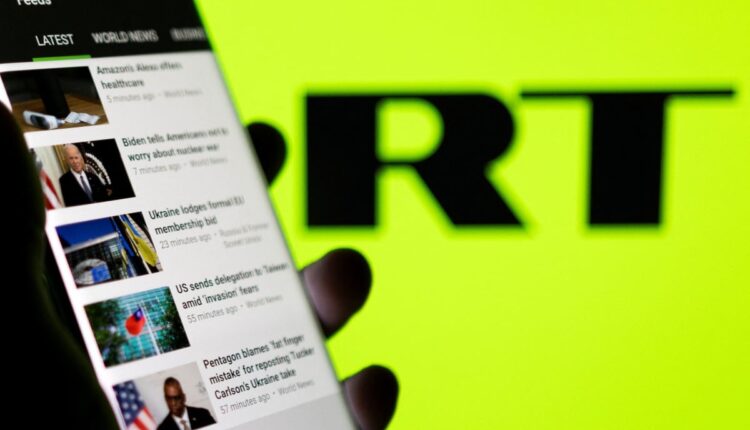 The British broadcasting regulator has announced another dozen investigations into the “impartiality” of news programmes aired on Russian state-funded television channel RT.

Ofcom said on Wednesday that it now has 27 open investigations into RT and is considering whether the channel should keep its UK licence.

“We are very concerned by the volume of programmes on RT that are raising potential issues under the Broadcasting Code,” Ofcom said in a statement.

The regulator first announced its probe on Monday, saying it had seen “a significant increase” in the number of potential breaches on RT news programmes after Russia’s invasion of Ukraine.

When covering topics as important as the Ukraine crisis, all media with licences “must comply with the special impartiality requirements in our Code”, the body said.

“These rules require broadcasters to take additional steps to preserve due impartiality – namely by including and giving due weight to a wide range of significant views.”

Russian-controlled television channels have come under fire as the West and its allies seek to crack down on misinformation about Moscow’s onslaught on Ukraine.

As the crisis escalates, the European Commission is banning Russia’s state-run mouthpieces, while in the UK, Prime Minister Boris Johnson has said it should be left to Ofcom to decide the fate of RT’s licence rather than politicians, due to freedom of expression.

Electric Scooters May Get Costlier by Rs. 45,000 in India as FAME Incentives Taper Off: Crisil