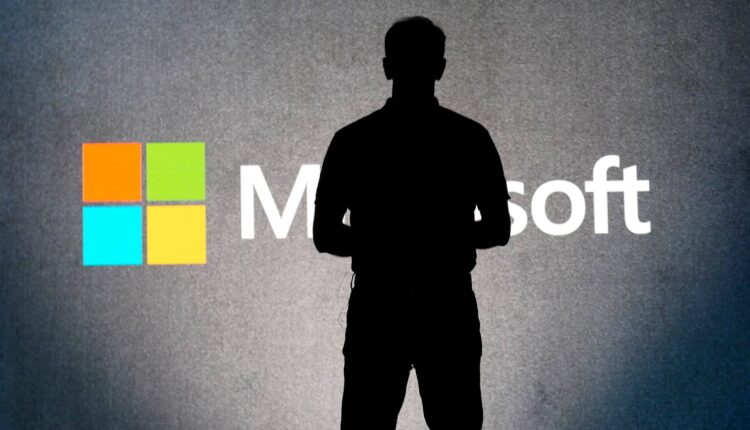 Microsoft is halting new sales of its products and services in Russia, the tech giant announced Friday, in the latest fallout over Moscow’s invasion of Ukraine.

Western governments, sporting organizations and big companies have cut Russia off or dealt it punishing sanctions over the internationally condemned attack on its neighbor.

The US-based company behind software that runs on over one billion devices, said it would “suspend all new sales of Microsoft products and services” in Russia, but declined to elaborate on how the policy would be applied.

“Like the rest of the world, we are horrified, angered and saddened by the images and news coming from the war in Ukraine and condemn this unjustified, unprovoked and unlawful invasion by Russia,” Microsoft president Brad Smith said in a blog post.

Apple has already moved to halt sales of its products in Russia, while US-based social media platforms like Facebook and Twitter have taken steps against the spread of Russian state-linked media in response to the invasion.

Microsoft said it has also taken action over harmful cyberattacks against the Ukrainian state.

“Since the war began, we have acted against Russian positioning, destructive or disruptive measures against more than 20 Ukrainian government, IT and financial sector organizations,” Smith’s blog said.

“We have also acted against cyberattacks targeting several additional civilian sites,” he added.

Ukraine’s government has been seeking help from all quarters and has taken to Twitter to individually name companies that it wants to cut off business with Russia.

“You are definitely aware of what is happening in Ukraine right now… If you support human values, you should (leave) the Russian market!” Ukraine vice prime minister Mykhailo Fedorov tweeted to Microsoft-owned Xbox and Sony’s PlayStation.

The news comes after Intel and Airbnb announced they were pausing business in Russia and Belarus on Thursday, joining the tech freeze-out of Moscow.

Airbnb’s co-founder and CEO Brian Chesky, who has added a Ukrainian flag to his Twitter profile, tweeted that the company “is suspending all operations in Russia and Belarus,” without giving further details.

The vacation rentals platform also announced on Monday that it would offer free short-term stays for up to 100,000 people fleeing fighting in Ukraine.

Chipmaker Intel said it “condemns the invasion of Ukraine by Russia and we have suspended all shipments to customers in both Russia and Belarus.”

Companies have also taken action regarding ad revenue and monetization, with Google announcing Thursday it had suspended advertising in Russia.

“In light of the extraordinary circumstances, we’re pausing Google ads in Russia. The situation is evolving quickly, and we will continue to share updates when appropriate,” Google said in a statement.

The Silicon Valley giant had already barred Russian state-linked media like RT and Sputnik from YouTube in Europe, while also restricting the outlets’ content on Google News.

Facebook Gaming Is Overrun With Strange Videos and Scams