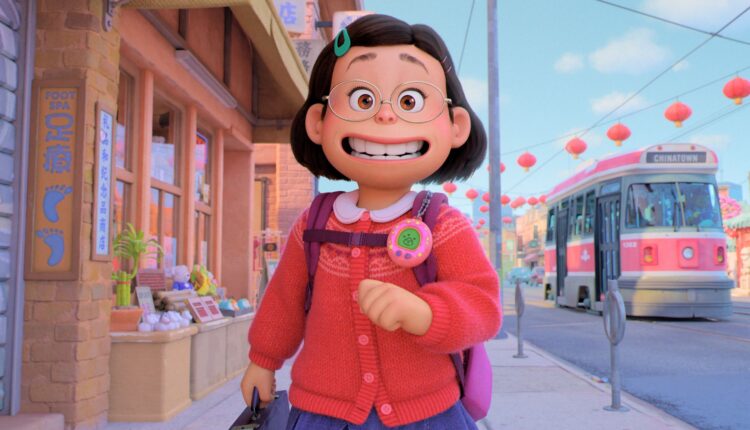 Turning Red — out Friday on Disney+ and Disney+ Hotstar — is only the third original effort in Pixar’s 27-year history of releasing movies to be centred on a female character. (A couple of sequels or spin-offs fall into the bracket, making for a grand total of five out of 25 movies. The other 20 are male-driven.) Turning Red is responsible for an even bigger Pixar first behind the scenes, with director Domee Shi — an Oscar winner for her 2018 short Bao, released in front of Incredibles 2 in cinemas — being the first woman to solely helm a Pixar movie. (Prior to this, Brave’s Brenda Chapman held the sole honour of a female Pixar feature-length director. Brave is one of those other two aforementioned original efforts.) It’s clear then that Pixar — or maybe animation as a whole — is in dire need of an imbalance correction, even more so than the rest of Hollywood.

And thanks to its female perspective — Shi wrote the Turning Red screenplay alongside playwright and TV writer Julia Cho (Halt and Catch Fire), based off a story designed by Shi, Cho, and The Wilds creator Sarah Streicher — the coming-of-age middle school animated comedy pushes into virtually uncharted territory for a Pixar movie. On one level, Turning Red is about a 13-year-old girl dealing with puberty and adolescence, as her rapidly-changing body freaks and scares her out. But on another level, Turning Red offers commentary on the classic misogyny remark: women are too emotional. The new Pixar movie’s young protagonist is repeatedly told to “contain her energy” — with characters alleging that it would be “impossible to contain the dark side” if she displays too many emotions.

There’s diversity and a couple of more firsts in other avenues too. Turning Red is the first Pixar film with a Chinese character, and only the second with an Asian character, after Russell in 2009’s Oscar-winning Up. And thankfully, their identity is not spelled out, they just are. Turning Red is also the first to take place in Canada — but though Toronto’s multiculturalism is checked, it’s never explored in any meaningful manner. In fact, all the supporting characters are left majorly underdeveloped, be it Maitreyi Ramakrishnan (Netflix’s Never Have I Ever) as the protagonist’s Indian-Canadian friend who has a handful of lines, or Pixar storyboard artist Hyein Park as the animated Korean-Canadian friend who beatboxes. Turning Red’s diversity should’ve meant more than surface-level inclusions.

From Turning Red to The Adam Project, OTT Movies and Web Series to Watch in March

Set in early 2000s Toronto — Shi is drawing off on her own childhood — Turning Red follows the energetic and overachieving 13-year-old Meilin “Mei” Lee (Rosalie Chiang) who wants it all. Being of Asian descent, Mei has been brought up with one sacrosanct rule: honour your family. That means prioritising familial duties over everything else, including having a good time with her friends, Miriam (Ava Morse) who is Caucasian, and the aforementioned Priya (Ramakrishnan) and Abby (Park). But Mei is also a teenage girl. Her friends and she are obsessed with 4*Town, a fictional equivalent to boy bands NSYNC and Backstreet Boys. (Billie Eilish and her brother Finneas O’Connell provide catchy pop songs for Turning Red, that serve as the girls’ soundtrack — and ultimately, the film’s emotional bedrock.)

So, when the girls discover that that touring 4*Town are coming to Toronto, it’s a huge deal — and an even bigger problem. Mei and her friends know their parents won’t let them go, and hence, they must figure out a way to raise the money they need — which is a lot — on their own. But for Mei, that’s far from the only challenge. One fine morning, as her hormones begin to take over, Mei finds out that she poofs into a giant red panda whenever she gets too excited. (This is the literal meaning of the film’s title.) Mei learns that it’s attached to her family legacy, which is how Turning Red’s other major character comes in: Mei’s helicopter-parent mother Ming Lee (Sandra Oh) who, in her own words, watches Lee like a hawk. A scared Mei turns to her mother for help, who tells her that the only way to control it is to contain it.

In the moment, Mei is fully onboard, for all she wants in life right now is to attend the 4*Town concert. And she can’t do that as a giant red panda after all. On Turning Red, Shi does well to capture the very-relatable embarrassment of teenage years — doing justice to the metaphorical meaning of the film’s title — and the early scenes nicely capture the cringe and awkwardness all of us have felt at multiple points in our teenage lives. (Turning Red also puts a fun spin on some rote elements. Mei and her mother are really into cleaning, which is turned into a hilarious montage.)

Luca Review: Pixar Movie Is an Ode to Friendship — and Vespas

Turning Red latches onto some ideas — including that feeling of never being good enough for your parents, and never being able to hit those standards deemed for you. It shows the multi-generational impact of what a creed like “honour your family” can leave, but it isn’t afforded as much time and depth as it needed. On top of that, Turning Red’s second act fails to add upon it in meaningful manners, with Shi and Co. unable to expand upon their themes in the usually-resonant Pixar ways of old. And then, Turning Red’s ending pushes into a more action and fantasy-oriented territory that doesn’t add to its emotional beats. The film’s closing (voiceover) lines deliver its message succinctly, but it needed to show that instead of merely dumping it on our heads at the end.

It’s a sign of a movie that needed more rewrites and time in the oven — Turning Red is an enjoyable 90 minutes or so, but a minor Pixar effort overall. And the lack of depth is a sign of Shi struggling to make the big jump from short films to feature-length projects. It’s also a blow to Pixar, for Shi is the lone female highlight among the next generation of in-house filmmakers that continues be a male-dominated environment.

Shi spent years as part of Pixar’s “Senior Creative Team” before being given her first feature-length shot, alongside the likes of Enrico Casarosa who made his feature debut on the Italian Riveira adventure Luca last year, and Angus MacLane who after co-directing Finding Dory, gets a solo shot with Toy Story prequel spin-off Lightyear later this year. They are meant to take over from Pixar veterans such as Pete Docter, Andrew Stanton, and Lee Unkrich — the veteran Docter made Pixar’s last great film, Soul, so they are still around — but it’s not all going well. While some have struggled like Shi, others have left to pursue their careers elsewhere after a hit. The growing pains continue with Turning Red.