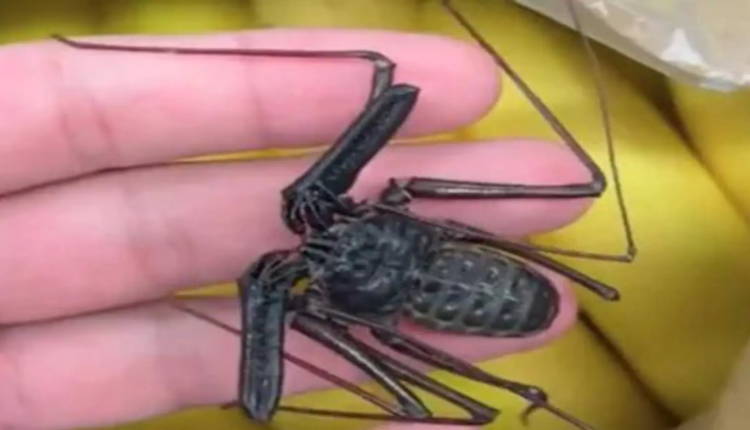 A TikTok user, who discovered a scorpion hiding inside a stack of bananas at the supermarket, decided to keep the insect as a pet. He has uploaded a video of the bug on his TikTok account, where he goes by the handle ‘bugboy19’ (very fitting, we must say!)

The footage, which has gone viral, has more than 1.5 million views so far, reports the Daily Star. He said that he was delighted to have the bug as an addition to his collection. People watching the video identified the scorpion as a whip scorpion.

While many users applauded the man for his courage, others said that the video turned them off bananas for life.

In the video that is sure to make your skin crawl, the plastic of the bananas barely concealed two pairs of antennae that were sticking out of it. At this point, the camera zooms in, and you can see the scorpion in its entirety.

The man then picks up the bug and reveals that it is dark brown and has six legs and a pair of pincers.

He then puts the bug back on the bananas and even weighs it along with the fruit. Incidentally, the whip scorpion is a fairly popular pet for people.

“I love checking the new bananas for friends,” said the caption of his video. After watching the video, a user said: “Nope, nope, nope, nope. Don’t want Bananas anymore.”

“That would have been the last time I showed up to buy bananas,” said a second viewer who is not too fond of creepy crawlies.

Another user asked: “How much did the bug cost?”

Do you love bugs? If yes, then the video is for you.