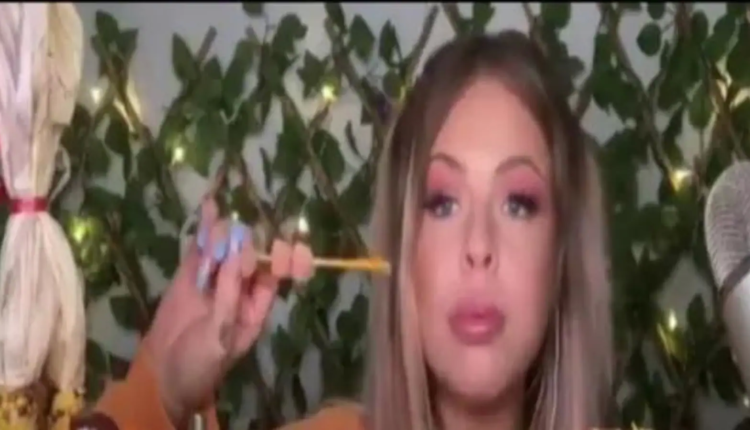 Imagine being paid just to chew food on camera? Unthinkable? Well, what if we told you that someone was getting paid for doing exactly that? Yes, Naomi McRae, from Canada, rakes in millions just by chewing food on camera and uploading the video on YouTube for her nearly 8 million followers.

According to a report by The Mirror, the 27-year-old YouTuber used to work in the fitness industry and even competed in bodybuilding and bikini competitions. Naomi designed custom meal plans for people and helped them get in better shape.

However, Naomi decided to ditch her fitness career when she came across ASMR (Autonomous Sensory Meridian Response). ASMR is defined as a relaxing and sedative feeling that one experiences on the scalp and down the body.

This sensation can be triggered using certain sounds, accents and placid sights that are created by content creators and YouTubers like Naomi McRae. “I was only doing classic ASMR at the beginning. This included tapping, close whispering, inaudible whispering and random ASMR triggers,” Naomi told The Mirror.

According to Naomi, she first started making the videos while studying in California at a Christian college after which she moved to Ontario, Canada. As her channel gained popularity in April 2019, she decided to make it her full-time job. Now, she runs a successful YouTube channel by the name HunniBee ASMR and earns more than Rs 7 crore per month.

Highlighting the effects of ASMR videos, Naomi claimed that she used to watch people doing make-up as it relaxed her and helped her fall asleep. Naomi first experienced the tingling sensation at the age of 16 while she was watching ASMR videos of a content creator Gentle Whispering.

Since that day, Naomi said she got hooked on ASMR and began watching the videos every night. She also started researching more about ASMR before opening her own YouTube channel. From edible hairbrushes, chocolate bars and macrons, Naomi now eats these things close to a microphone and records the satisfying sounds.

“I love my work. I would not trade it for anything in the world,” said Naomi. She also added that encouraging messages from her fans helps her keep going and in “producing new content.”