This US Toddler Has Uncombable Hair Syndrome, a Rare Genetic Condition 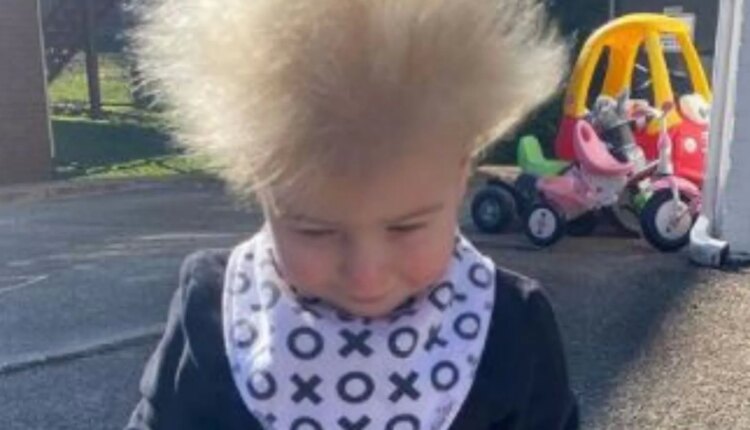 Locklan Samples was born with dark hair, but as it started growing, it began resembling peach fuzz. It was later found that he has uncombable hair syndrome.

A mother from Georgia in the US is raising awareness about a rare genetic condition called uncombable hair syndrome after her son was diagnosed with it. Kate Samples told The Independent that her son, Locklan, was born with dark hair, but as it started growing, it began resembling peach fuzz. She came to know about the condition when someone messaged her on Instagram saying that her son might have that rare genetic condition which makes hair grow differently. The condition, also known as spun glass hair, is characterised by fragile, silvery-blond hair growing in all directions. After she received a diagnosis, Samples started an Instagram account to raise awareness about the condition.

The account is full of Locklan’s photos generally enjoying life and his gorgeous hair. The National Institutes of Health says that uncombable hair syndrome occurs due to differences in hair shaft formation. The condition may affect children between three months and 12 years. “The syndrome has been found to be caused by mutations in the genes PADI3, TGM3, and TCHH. These three genes code for proteins that are involved in hair shaft formation,” says their website.

Uncombable hair syndrome does not have any cure and children generally grow out of such hair during puberty. Till then, experts recommend washing the hair with gentle products and not use any artificial means to flatten the hair.

Last year, a baby from the US grew long hair all over his body due to side effects of medicines needed to treat a rare genetic disease. The baby, Mateo Hernandez, was diagnosed with Congenital Hyperinsulinism when he was just one month old. This rare condition causes the pancreas to produce excessively high levels of insulin and leaves the patient with dangerously low levels of blood sugar, the Daily Mail reported. This condition affects one in every 50,000 babies.