The Best Game Streaming Services In 2022 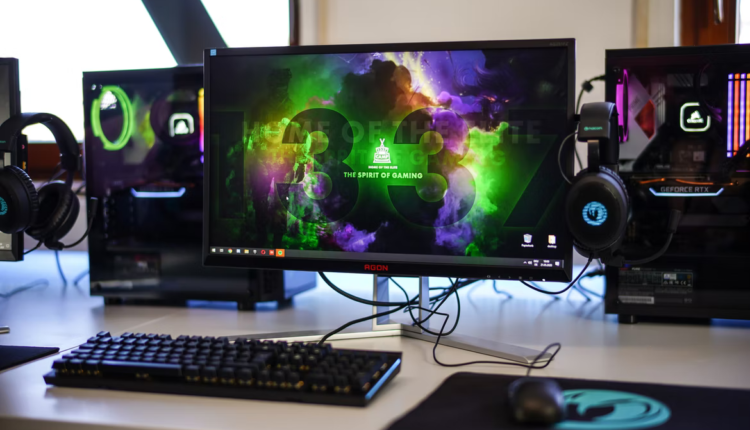 Game streaming has become quite popular recently due to the introduction of the ability to stream games instead of downloading them on your hard disk. This is similar to Netflix or any other platform that allows users to ‘stream’ the games on their computer.

While these services have not yet developed a great deal, they are ideal for computer owners to play their favorite non-PC games on the device without even owning a PlayStation or an Xbox. Though streaming is still in its infancy and is expected to become bigger and more refined every year.

How do you stream games?

You can stream games by subscribing to a game streaming service, where you get access to the entire catalogue of games that is available over there. If you are playing a console game like games exclusive to the consoles like the God of War trilogy, then you need to also own a controller to replicate the controls required by the game.

As the name suggests, game streaming is not easy. This is mainly because of two factors. The first factor to consider is that game streaming requires a good computer. Not everyone with any computer will be able to stream these games. An RTX graphics card or its AMD counterpart is required. This is because emulating console games on the computer requires a significant amount of processing power.

The second factor is that since it streams the games, you need a high-speed internet connection, stable enough to allow no interruptions in your gaming session, and play without lag.

If you are interested in subscribing to a game streaming platform to start playing your favorite exclusive titles, then these are the services that you need to subscribe to in 2022:

The Xbox Game Pass is Microsoft’s own game streaming platform, specifically built to work on older machines as well. This streaming platform holds the collection of some of the best PC games available for streaming, along with some Xbox exclusives like the Gears of War trilogy.

With a monthly subscription charge of $14.99, you will be able to play your favorite games from a collection of more than 200 games, both old and new. This list gets updated with all the latest games that get released for both the Xbox Series X and PC every day.

The most requested platform in this list, PlayStation Now, is in high demand by PC gamers worldwide. This is because they all want to play great PlayStation exclusives like Uncharted 4, The Last of Us 2, Demon Souls, Returnals, and many more.

Available with a subscription price tag of $9.99 per month, PC gamers will finally rest easy that they will finally be enjoying some of the best PlayStation exclusives for which PC gamers have envied console gamers for so long.

Nvidia’s GeForce Now is one of the newer game streaming services to hit the market. Unlike other game streaming platforms, it lets you only stream PC games from your Steam and Epic assets store accounts. Therefore, this does not have access to console games.

If you want to stream the games instead of downloading them because of less space left in your hard disk or SSD, then GeForce now is a great choice for you. It lets use this service for free, which allows you to stream and play games for an hour per day. If you are a hardcore gamer and want to play for longer hours, then you would want to pay the monthly subscription rate of $9.99.

Google Stadia is the weirdest game streaming platform on this list. This is because instead of a monthly subscription to play your favorite games, you have to individually buy each game to stream on your computer. You can also pay $9.99 for a monthly subscription fee to play free games – which makes very little sense.

This is the newest game streaming platform that also comes with its own set of controllers. Presently, there are only around 100 games available, with more to come in the future. However, this streaming service is still in its infancy.

Amazon Luna is one of the newer entries in this list of game streaming services that offer multiple features for gamers globally. Offering channel-based subscriptions that allow users to multiple games that they have subscribed for.

This service has two different price tags of $5.99 for the base edition and $14.99 for the Ubisoft Plus edition that gives access to all Ubisoft games. This gives users of Amazon Luna access to a large collection of games that they can enjoy.

We highly recommend purchasing the Amazon Luna controller for $49.99 which gives users latency-free controller support and easier switching between the games that you are currently streaming.

Nintendo is infamous in the gaming industry for preserving older titles without giving them any new remakes and support in other devices. This Nintendo Switch-only game streaming service allows users to play Nintendo exclusive games from previous generations on the Switch.

With a price tag of $20 for a year, it allows users to play older Nintendo games that were available in the NES, SNES, N64, GameCube, and the Wii. While the collection of games might not be vast compared to other services like the Xbox Game Pass or the PlayStation Now, Mario lovers will feel right at home with this game streaming service.

Game streamiojg services are new in the market, but will growe bigger and better every passing year. Expect m, any users to subscribe to these streaming platforms in 2022 and play their favorite games, all in one place.