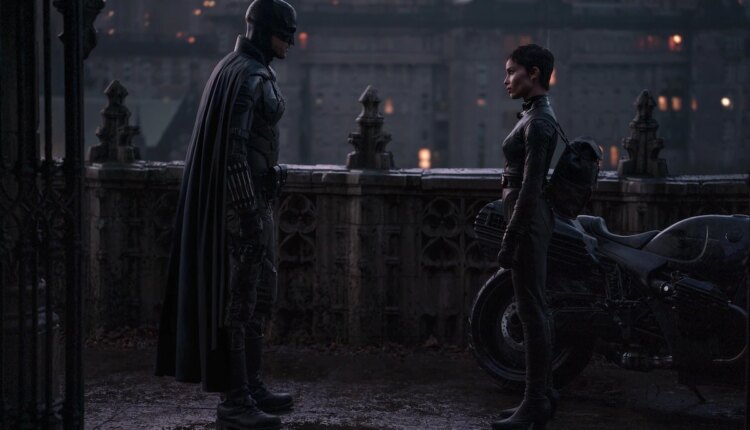 The Batman — out now in cinemas worldwide — not only gives us a new Dark Knight in Robert Pattinson, but also a new neo-noir detective-driven take that hews closer to the comic book origins of the beloved DC character. Matt Reeves, director and co-writer on The Batman, is partly able to set himself apart because his movie doesn’t need to tie into the larger DC Extended Universe — Warner’s take on the Marvel Cinematic Universe that includes the likes of The Suicide Squad and Wonder Woman 1984. And unlike those movies, The Batman doesn’t have a post-credits scene. But that’s only because Reeves has made that part of the new DC movie’s ending itself.

Warning: major spoilers ahead for The Batman. Proceed at your own risk.

After Batman (Pattinson) confronts forensics accountant and serial killer Edward Nashton/ Riddler (Paul Dano) at the Arkham State Hospital, the latter reveals what drove him to “unmask the city’s truth.” The Riddler was jealous of the sympathy the orphaned Bruce Wayne received after the death of his parents, while the other orphans including Nashton — part of Thomas Wayne’s billion-dollar Renewal programme — were ignored and forgotten. He wants to partner with Batman and fix Gotham City, but the Dark Knight rejects him. In response, the Riddler reveals his master plan.

Seven bombs he has placed in vans around Gotham City go off the next second, destroying the seawall and flooding the city. That forces everyone to push for the city’s highest point, Gotham Square Garden, where incoming mayor Bella Reál (Jayme Lawson) is about to celebrate her victory. Riddler has a plan for Reál too — a spin on her “real change” promise — having inspired a following who have armed themselves and put on a costume just like the Riddler. (This is reminiscent of Joker and his followers from The Dark Knight, and The Batman hits more of its beats elsewhere.)

Thanks to the efforts of Selina Kyle (Zoë Kravitz) and Gotham City’s police led by Lieutenant James Gordon (Jeffrey Wright), Batman is able to put an end to Riddler’s schemes. With the city flooded, the National Guard is called in to help with the rescue efforts — and Batman becomes a symbol of hope for Gotham City.

Over at Arkham State Hospital, Riddler is distraught to learn this, for all his efforts to bring a “real change” have, well, drowned of sorts. The inmate in the next cell laughs and tries to console him: “Isn’t that just terrible? Them raining on your parade like that? What is it they say? One day you’re on top, the next you’re a clown. Well, let me tell you, there are worse things to be.” As Riddler continues to cry, the unseen individual adds: “Don’t be sad. You did so well, and you know, Gotham loves a comeback story.”

The Riddler — now speaking for the audience — asks: “Who are you?” But instead of a straight answer, Nashton’s fellow inmate says: “Well, that’s the question, isn’t it? Riddle me this. The less of them you have, the more one is worth.” Riddler thinks to himself for a second and then says: “A friend.” That doesn’t seem like the correct answer, but it strikes a chord with the other guy because he starts laughing maniacally. Riddler joins him and as their laugh echoes through the institution, The Batman gives us a brief hazy look at the guy.

There’s a hint of green in his hair and a hint of scars around his face. And given the words and mannerisms earlier in the scene, it’s unmistakably the Joker. As for the actor, you can tell it’s Barry Keoghan — the mind manipulator Druig from Eternals — which is then confirmed in The Batman credits. The Joker is not named though, with Keoghan simply credited as “Unnamed Arkham Prisoner.” It doesn’t take a detective like Batman to decipher that Keoghan’s Joker is clearly being set up as the main villain in The Batman 2 or whatever it might be called.

The Batman is now playing in cinemas worldwide. In India, The Batman is available in English, Hindi, Tamil, and Telugu.

Grandma’s Precious Reaction to her Granddaughter Being Named after her