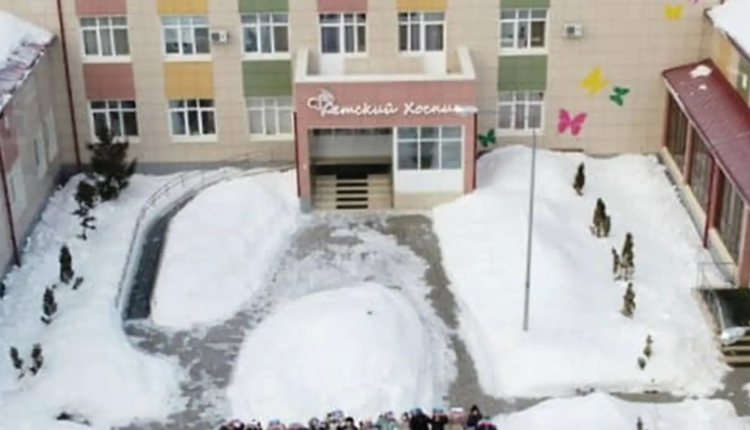 After people and several organisations from all corners of the world stood up for Ukraine, an NGO has extended its support to Russia. Many on the internet, however, are calling it propaganda. A group of terminally ill Russian children stood outside in the freezing cold to form the letter ‘Z.’ Why the letter Z? In the last few days, various symbols were spotted on the sides and on the roof of the Russian military vehicles in Ukraine. One of these symbols includes the letter Z, which has now become a sign of support for Russia’s military offensive, and is considered a pro-war symbol.

The photo was taken by the chairman of a cancer charity in Kazan, Vladimir Vavilov, who used a drone to get the shot and later posted it on the hospice’s website. In a statement, he revealed that patients and his entire team took part in the act, where they had to line up and form the letter Z. “In our left hand we held leaflets with the flags of the LPR, DPR, Russia, and Tatarstan and we clenched our right hand into a fist,” he said.

For the unversed, the LPR and DPR refer to the separatist regions of Donetsk and Lugansk, which are in Ukraine but have been recognised as independent states by Russia.

This stunt, instead of getting support, has now sparked a huge social media controversy, with many accusing Russia of putting up a “propagandist show”. While many were “disgusted”, some were left with “no words” to express. “Russia is behaving more and more like Hamas each day,” wrote Israeli writer and speaker, Emily Schrader. A user on the microblogging site opined, “if you have to use the most innocent for war propaganda, it’s a war already lost.”

Russia is behaving more and more like Hamas each day. Now they’re using terminally ill children in Russia to line up outside hospice in shape of ‘Z’ to show support for invasion. pic.twitter.com/g3kOzYhfba— Emily Schrader – אמילי שריידר (@emilykschrader) March 7, 2022

if you have to use the most innocent for war propoganda,it’s a war already lost— Reza Shok رضا شوك ☼𓃬 (@Rezashok) March 7, 2022

“This is what we should teach children? Disgusting,” a user questioned.

This is what we should teach children’s? Disgusting— Mahalingam Sundararaj (@MahalingamSund4) March 10, 2022

What do you think of this?

This Canadian City Will be Heated by Bitcoin Mining. But Why is it Not Bad News?