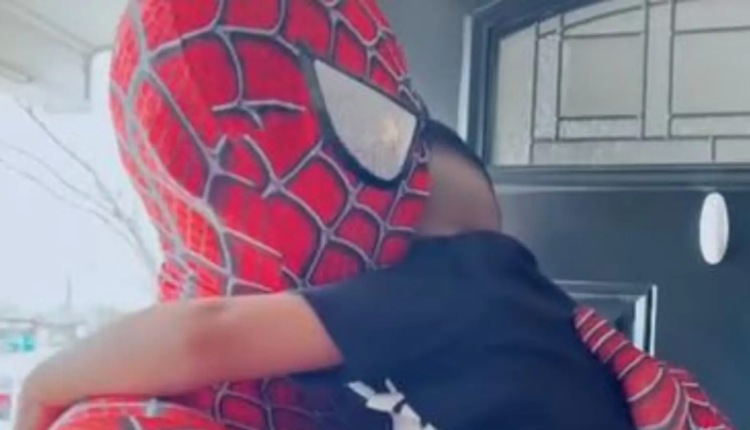 As a kid, we all have wished that someday the fearless superheroes come out of that TV screen and showcase their powers to us. For many, the dream fades away with time but one kid was lucky enough to meet Spider-Man, that too on his birthday. A truly heart-warming video shared on Instagram has gone viral which shows a kid getting to meet Spider-Man on his birthday. The video has been posted on an Instagram page Worth Feed which is replete with similar delightful videos. “He can’t remember his eyes! He will remember this for the rest of his life,” the caption of the video read.

The few seconds clip seems to be shot at the birthday party of a kid at a house. In the beginning of the video, the kid is seen walking through the hall as someone records him from behind. With the house packed with guests at the party, they can be seen cheering and hyping the kid for a surprise.

The little boy continues to walk through the hallway until he stops upon seeing something totally unexpected. To his surprise, he sees Spider-Man right at his doorstep and fails to believe his eyes. Having been awestruck by the superhero, the kid takes a minute and watches in disbelief before walking towards the Spider-Man with his arms open.

Displaying a beautiful gesture, the man dressed as Spider-Man then lifts the munchkin before lovingly hugging him.

Melting everyone’s heart on the internet, the video garnered more than 91,000 likes on Instagram within just 2 days of being posted. Users in the comment section highlighted the sheer innocence of the little kid and even praised the man dressed as Spider-Man. “The little face, the arms, the hug. Total disbelief. Just love this moment,” one user wrote. “This is the best thing I have seen in a long time,” wrote another user.

Although superheroes are not real, they definitely inspire us to bring the good out from within. Here, the kid just could not believe that he met the Spider-Man whom he sees as the saviour of the world.