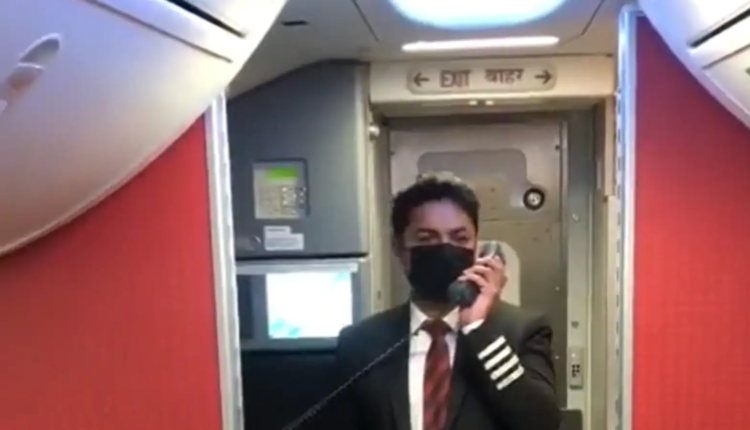 ‘Operation Ganga’ aims at evacuating and bringing all Indians to their homeland from war-torn Ukraine. (Credits: Twitter)

A video of a SpiceJet pilot delivering a heartfelt announcement and boosting morale of the passengers was tweeted by the official handle of SpiceJet on Thursday.

The war in Ukraine has not only impacted its nationals but also the immigrants and students who had moved there to fulfill their dreams and aspirations. Everything ranging from corporate jobs to schools to colleges to construction is shut down due to the Russian envoy’s advance into the country and bombardment of missiles.

The Indian government has made the evacuation of their people the top priority and it is in full swing. Amidst all this, a video of a SpiceJet pilot delivering a heartfelt announcement and boosting morale of the passengers was tweeted by the official handle of SpiceJet on Thursday. The pilot said in the video – “On behalf of the entire SpiceJet family, we welcome you all onboard on this special plane from Budapest to Delhi. We are very happy to see all of you safe and sound.” He added that the country is proud of their “courage and determination. He continued: “You overcame the uncertainty, hardship, fear and made it here safely. And, now it’s time to go back to our motherland. It’s time to go home.” The flight took off from Budapest, Hungary.

People applauded this gesture of the pilot and saluted SpiceJet and the crew for bringing Indians, who had lost all hope to return to their home. The clip got more than 3000 views and it’s no less than a ray of hope in utter darkness. SpiceJet isn’t the only one helping with the evacuations. IndiGo and Air India have also joined the mission to bring stranded nationals back to India.

‘Operation Ganga’ aims at evacuating and bringing all Indians to their homeland from war-torn Ukraine. India has already brought back 1000+ nationals. 24*7 control rooms have been set up to assist with the evacuation through the borders of Ukraine’s neighboring country.

Indian Embassy. on March 2, made an announcement asking Indians to immediately evacuate from Kharkiv as the situation worsened and Russia invaded the key city.