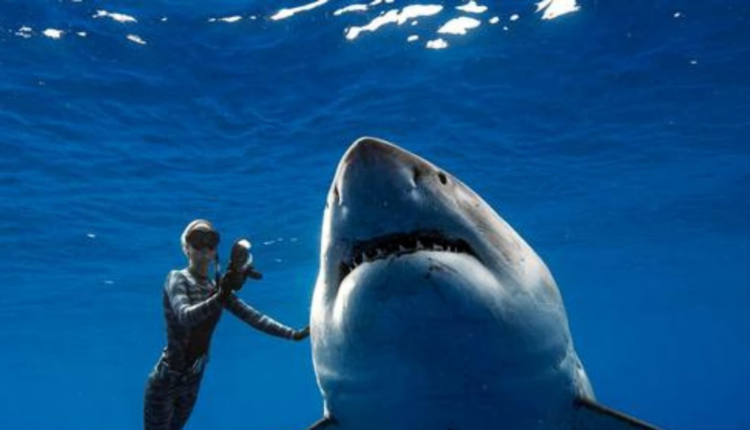 The subject of whether sharks sleep with their eyes open has piqued the interest of many biologists for decades. Sharks do not sleep in the same way that other mammals do, according to scientists. However, researchers have discovered that apex predators occasionally sleep with both eyes wide open.

Sharks’ sleeping patterns differ greatly from those of other mammals, according to a study conducted by the School of Life Sciences at La Trobe University in Melbourne and the Institute of Marine Science at the University of Auckland in New Zealand. It was previously known that some shark species move ceaselessly, even while sleeping, in order to keep oxygen-rich water flowing over their gills. But do they simply rest at that time or do they fall asleep? One of the study’s goals was to see if sharks, like other mammals, sleep to conserve energy levels. Researchers found that the draughtsboard shark, a small nocturnal shark native to New Zealand, appeared to be resting during moments of calm in an article published in Current Biology on Wednesday, revealing that their metabolism and posture alter dramatically during these periods of repose.

They also discovered that some draughtsboard sharks were idle for more than five minutes at a time, indicating that they were sleeping. They did, however, have their eyes open about 38% of the time. Eye closure during sleep was more likely during the day, according to the authors. The new research backs up the theory that sleep evolved as a means of preserving energy for creatures.

Researchers wanted to compare the sharks’ metabolisms during these periods of calm, defined as being still for longer than five minutes, with when they were resting for shorter periods of time and when they were actively swimming, according to Craig Radford, a professor of marine science at the University of Auckland and one of the authors of the new paper. They employed a specially constructed tank with devices that allowed researchers to track how much oxygen the sharks consumed, a method of indirectly measuring metabolism. Seven sharks were kept in the tank for 24 hours apiece, and the researchers discovered that their states were very different.

“In draughtsboard sharks, a reduced metabolic rate and a flat body position indicate sleep, although eye closure is a worse indicator of sleep.” In these basal animals, our findings support the idea of energy conservation as a function of sleep,” the study said.