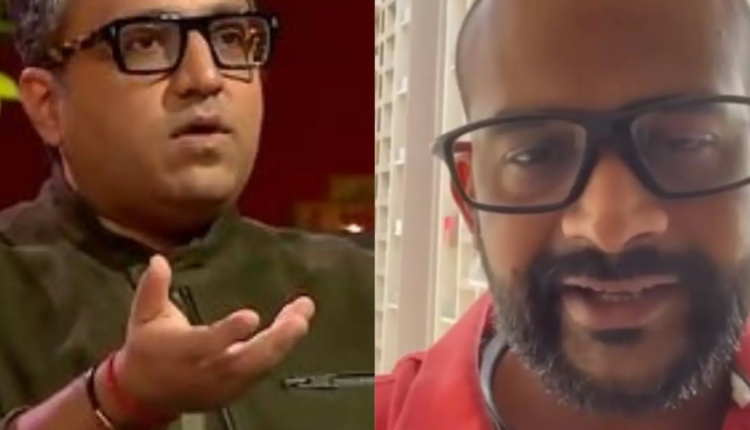 Ashneer Grover’s “bhai kya kar raha hai tu”, the iconic meme from Shark Tank India, has an origin story and it’s coming full circle now. Remember Rohit Warrier, the founder of Sippline Drinking Shields who had pitched masks for drinking glasses on the show? Grover had reacted to him asking, “Bhai kya kar raha hai yaar tu? Mazak hai kya? Aap kya bohot zyada peete ho kya? Matlab ye idea apke dimaag mein aya bhi kaise ki glass ko mask pehnauga? (What have you been doing? Is this a joke? Do you drink a lot? How do you get the idea to make glasses wear masks?)” The Shark had further added that he had very “strong views” on the idea, and that he had never seen a more “wahiyat” product than this, nor did he want to see one.

Grover had added, “mujhe bhagwan utha le… iske baad main kuch nahi dekhna chahta life mein (I don’t want to see anything in my life anymore)” while another Shark, Aman Gupta, burst into laughter. All of the judges had shunned the idea and said that there was perhaps no demand for such a product in the market. However, Warrier had said that he was not the type to get discouraged when prompted by one of the judges. Now, he seems to have taken a subtle dig at Grover and Gupta on the Sippline Instagram page.

Warrier says in the video that’s it’s his “wahiyat” question for the weekend, before going on to talk about his earphones in these terms: “Yeh made in China stamped in India nahi hai, yeh Bose ka QC 30 hai… Mai Bose ka bohot bada fan hun. Maine apna career Bose se shuru kiya tha. Innovation ka importance Maine Bose se seekha. (These are not made in China and stamped in India. These are Bose QC 30 earphones. I’m a big fan of Bose. I started my career with the company and learnt the importance of innovation there).” Aman Gupta is the founder of BoAT and the diss may have been directed at him. Warrier does not mention so.

Grover had said on the show that no one was going to look up Sippline on the Internet. Warrier has also hit back at that statement by posting a reel of the searches and views his company has been receiving.

Earlier, another pitcher had clapped back at Grover. Fashion designer Niti Singhal’s brand Twee in One makes reversible and convertible clothing, which had been slammed by Ashneer in these terms: “Bahut hi ganda fashion hai ye. Nobody will wear this in my house. Aap ye band kar do. Why are you wasting your time?” The situation turned out to be specifically the reverse of this when Ashneer’s wife Madhuri Jain Grover turned up on The Kapil Sharma Show in a dress from Twee in One. As per a Times of India report, the dress had been gifted to her by Niti when she had gone on the show to pitch Twee in One.