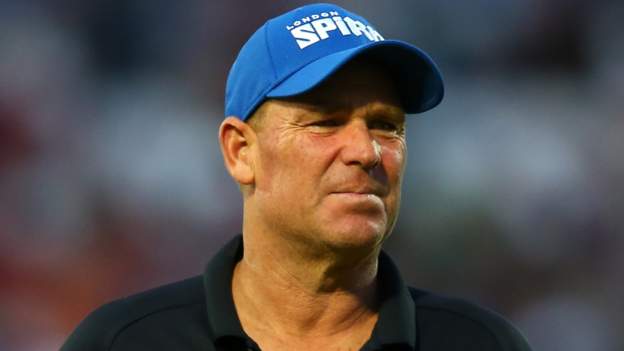 Flowers, beer and photographs have been left at Warne’s statue at the Melbourne Cricket Ground as fans paid tribute.

“It will be an opportunity for Victorians to pay tribute to his contribution to his sport, to our state and the country,” Andrews said.

State funerals are held to honour people of national significance.

“I’ve spoken with the Warne family again today and they have accepted my offer of a state funeral to remember Shane,” Andrews said.

“Details will be finalised in the coming days.”

Warne was found unresponsive by friends in his villa on the Thai island of Koh Samui.

“I spoke to them yesterday and Jackson (Warne’s son) said, ‘We expect him to walk in the door. This is like a bad dream,'” Erskine told Australia’s Nine Network.

“Keith, Shane’s father, is a pretty strong individual but, like everybody, he’s just shattered. They can’t believe what’s happened.”

Tributes have been paid to Warne from across sport, with a stand at the MCG set to be named after him.

His body was taken to the Thai city of Surat Thani on Sunday for an autopsy.

Thai police are not treating the death as suspicious.

“His friends said that he had had chest pain since he was in Australia,” said Yutthana Srisombat, superintendent of police in Bo Phut.

“Based on the evidence, we don’t see other possible cause of death.”