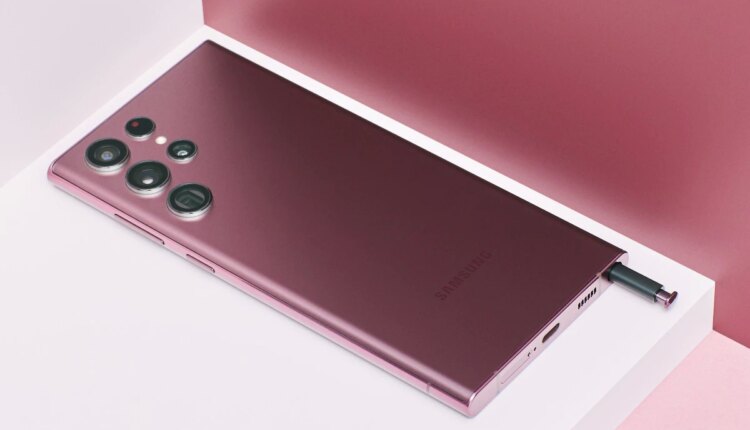 Samsung Galaxy phones are found to be throttling their performance on thousands of apps that are not meant for benchmarking purposes. The issue is not limited to a particular device but apparently exists on many models including the newly launched Samsung Galaxy S22 series. The dip in the performance also comes into force for games including Genshin Impact as well as apps such as Instagram, Netflix, and some Google apps. However, benchmarking apps including 3DMark and Geekbench are excluded from the list of apps that result in the performance throttling.

A Twitter user alleged that Samsung Galaxy devices are using a preloaded app called Game Optimizing Service to limit the use of hardware resources for more than 10,000 apps. The default app runs in the background when using both non-gaming and gaming apps and includes even Google apps such as Chrome and Google Docs as well as a few pre-installed Samsung apps including the Calendar, Samsung Pay, and Secure Folder, the user claimed.

Samsung created an app called GOS and used the app to limit game performance, making the gaming experience worse. However, according to what the Korean community found out today, Samsung confirmed that it has put performance limits on more than 10,000 apps… pic.twitter.com/U58AreZZoo

The performance throttling has also been demonstrated by a YouTube channel in which the narrator renamed the package name of the 3DMark benchmark app to that of open-world action role playing game Genshin Impact.

Changing of the package name resulted in different benchmark results, as seen in the video.

Geekbench developer John Poole separately verified that the limiting of performance is not exclusive to the Samsung Galaxy S22 phones but is also available on older models including the Exynos version of the Galaxy S10. He shared a link to show the difference in benchmark results when the phone is tricked to run Geekbench as a non-benchmark app.

If you change the Geekbench package name to match Genshin Impact then the GOS (Game Optimizing Service) kicks in and reduces clock speeds and screen resolution. pic.twitter.com/Osha6C16LR

The difference in the single-core score is 74.2 percent, while it grows to even 91.6 percent in the multi-core score.

Alongside the changes at the benchmark level, the throttling does result in slowdown of the devices when running the selected apps and games. It has been reported on the Samsung Members Community forums by some users at least since December.

It is important to note that Samsung has not provided any detailed information on the Game Optimizing Service that is available preloaded on a list of Galaxy phones. Users are also not provided with an option to disable the preloaded app from their end.

The exact reason why Samsung is throttling the performance of its devices through the Game Optimizing Service is unclear at this moment. However, it is assumed that by limiting CPU and GPU resources, the app might be helping provide better battery life and avoid instances of overheating to some extent.

OnePlus used a similar mechanism in the OnePlus 9 and OnePlus 9 Pro last year, though it excluded a few popular games. The company, though, did face delisting of the flagship phones from Geekbench. OnePlus had also later clarified that the throttling was aimed to “provide a smooth experience while reducing power consumption.”

Gadgets 360 has reached out to Samsung for a comment on the matter and will update readers when the company responds.