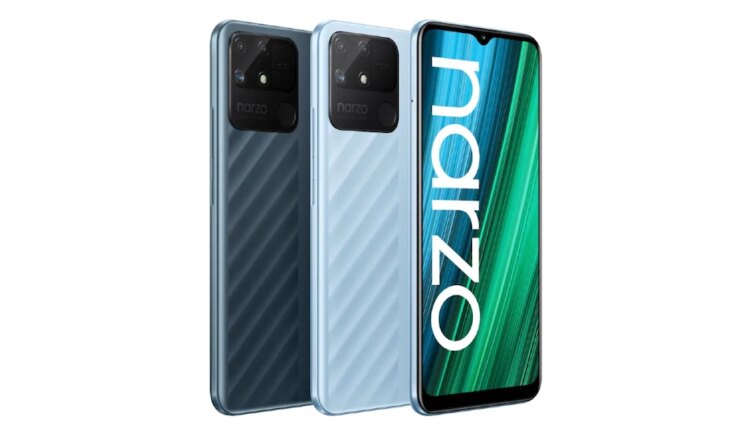 As per a report by MySmartPrice, Realme Narzo 50A Prime smartphone’s FCC listing indicates that phone has RMX3516 model number, the same on the EEC listing. It suggests that the phone will pack a 4,890mAh battery and run Android 11. MySmartPrice report says that the phone will get Realme UI 2.0 skin on top. The US FCC listing also tips that the Realme phone weighs 193 grams and measures 164.30×75.60×8.15mm.

Realme Narzo 50A Prime is speculated to be an upgraded version of the Realme Narzo 50A smartphone, which is powered by a MediaTek Helio G85 SoC, features a triple rear camera setup with a 50-megapixel main sensor, and packs a 6,000mAh battery.