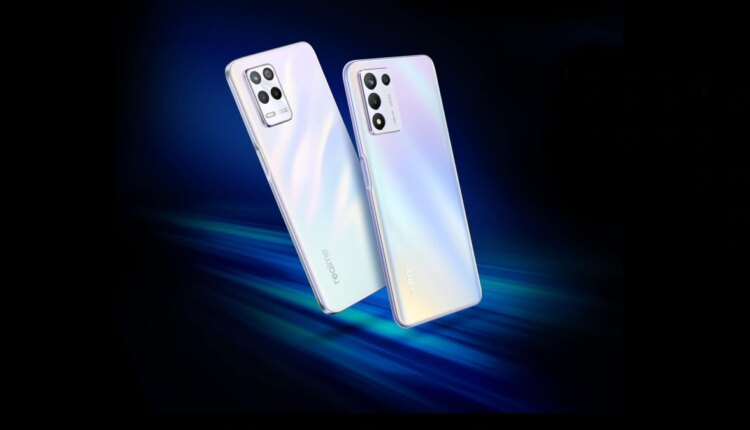 Realme 9 series, Realme TechLife Watch S100, and Realme TechLife Buds N100 will be launched in India on March 10 at 12.30pm. Realme has revealed key specifications of all the products through dedicated microsites on Realme India website.

Madhav Sheth, Vice President of Realme and President of Realme International Business Group, has already confirmed that the Realme 9 series will be priced above Rs. 15,000, and the phones will provide users with “leap-forward performance and trendsetting design at a reasonable price.”

As per a report, the Realme 9 series will come with three handsets – Realme 9 4G, Realme 9 5G, and Realme 9 5G SE. However, a microsite has teased two sets of specifications hinting that there could be two handsets in the series. Realme says that the phones will offer the fastest 5G performance in the mid-range bracket. The phones are confirmed to come to feature Qualcomm Snapdragon 778 5G SoC and MediaTek Dimensity 810 5G SoC. Both the chipsets are built using the 6nm manufacturing node.

Furthermore, the Realme microsite shows two smartphones with different rear camera setups but the same “Fluid Light Design”. The company says the phones’ back panel design is prepared with a 6-Layer UV Grain Process, which makes them 8.5mm thin. The Realme 9 5G SE handset is also confirmed to come with a 144Hz refresh rate.

As per a recent leak, Realme 9 5G will get a 90Hz refresh rate display and could be powered by a MediaTek Dimensity 810 chipset. It is tipped to come in Meteor Black, Stargaze White, Supersonic Blue, and Supersonic Black colour options. Realme 9 5G is said to come in two configurations — 6GB RAM + 64GB storage and 8GB RAM + 128GB storage.

Other leaks suggest that Realme 9 5G could run on Android 12 out-of-the-box. It may carry a triple rear camera system with a 48-megapixel main sensor, a 2-megapixel depth sensor, and a 2-megapixel macro shooter. For selfies, Realme 9 5G is tipped to feature a 16-megapixel camera sensor at the front. There could be a side-mounted fingerprint sensor and a 5,000mAh battery with support for 18W charging.

As per a separate microsite, the Realme TechLife Watch S100 will come with a 1.69-inch colour display, a sensor to monitor blood oxygen (SpO2) and another one to keep a tab on heart rate. The smartwatch is also teased to come with a temperature measurement feature, 12-day battery life as well as IP68 rating for dust and water resistance. Other features of the smartwatch include weather forecast, music control, camera control, find my phone, and flashlight.

Realme TechLife Buds N100 neckband-style earphones are teased to come with a silicon neckband and earwings, magnetic earbuds with metal sound chamber, and dynamic bass drivers. The earbuds will come with “Magnetic Bluetooth Connection” feature that puts the earphones in pairing mode once the earbuds are separated. The earphones are IPX4 rated for water resistance, have Bluetooth v5.2, and will be offered in Black as well as Grey colour options.