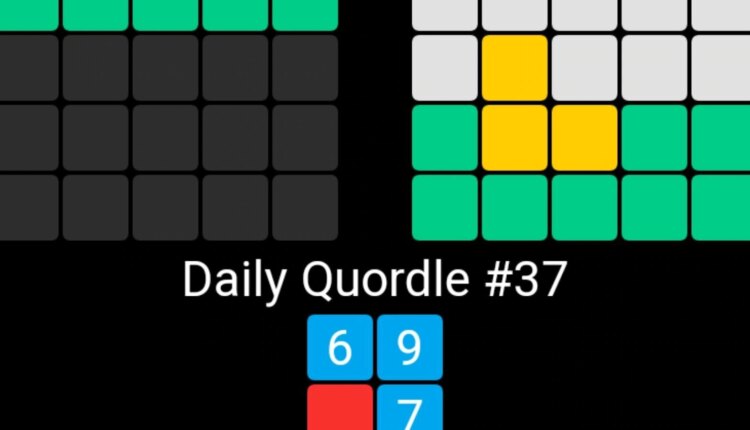 Quordle is four times the fun as Wordle. (Photo: @Lianne79 on Twitter)

Quordle, the freshest word game on the block, is nothing but four Wordle games.

Wordle started a revolution of word games and after The New York Times bought it, hundreds of spin-offs hit the market. The latest one is Quordle, which is a combination of four wordles. This comes at a time when people are looking for something more challenging than Wordle and Quordle fits the bill. Players get nine guesses to solve all the four words. The inspiration for the game came from Dordle, another word game. Their website says that Quordle has over 500K players daily and has had over 1 million total players. It has caught the imagination of social media users too with people posting their scores on Twitter. One can play Quordle here.

“hands down, quordle is probably the best take on the wordle formula.”

“And nailed the #Quordle!”

“OH MAN THAT WAS TOUGH!”

“My first time guessing all 4 words on quordle. That means today will be awesome, right?”

Wordle, the word-guessing game took over the Internet as people vie against each other to get to the one correct answer. Perhaps, part of its popularity is owed to the fact that it’s more of a brainteaser than a test of vocabulary – the word could be something like ‘gorge’- unlike your regular newspaper crossword which may or may not combine both depending on the difficulty level. Rest assured, though, Wordle is no easy feat. The secret word could be anything within the English lexicon. Also, it’s not like other online brainteasers that would have you navigate through a never-ending vortex of levels. There’s only one Wordle per day, consisting of five letters and you have six tries to guess it. After each guess, the colour of the tiles containing the letters will change to indicate how close you were.