President Volodymyr Zelenskyy on His Living Conditions in Ukraine 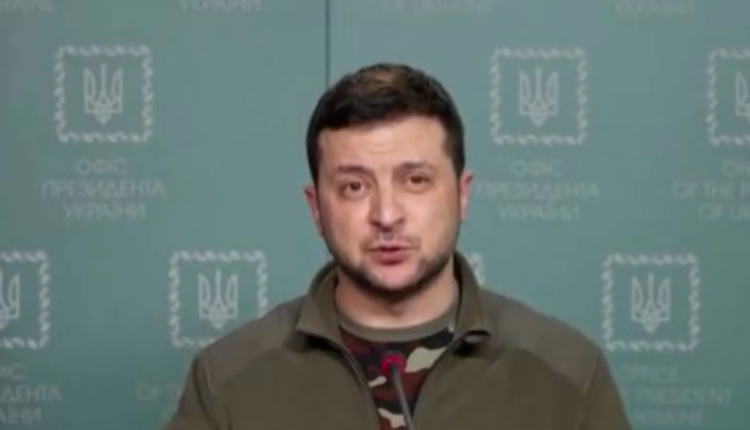 Ukrainian President Volodymyr Zelenskyy’s speeches have been going viral on social media since the onset of the country’s war with Russia. In a recent clip shared by The Recount on Twitter, Zelenskyy was asked about his living conditions in Ukraine amidst the war. The translated version of his reply stands thus: “My life today is wonderful, I believe that I am needed… That’s the most important sense of life, that you are needed, that you are not just an emptiness that breathes and walks and eats something.” The poetic expression won praise from many on Twitter, with users appreciating his leadership during the crisis and sending prayers for the besieged country.

“My life today is wonderful, I believe that I am needed… That’s the most important sense of life, that you are needed, that you are not just an emptiness that breathes and walks and eats something.”— Pres. Zelenskyy, via translator, asked about his living conditions in Ukraine pic.twitter.com/Qtv48yuB1W

The epitome of courage. Knowing you have to put on a positive face and express that life is “wonderful” even when your people are dying and your country is being ravaged by foreign invaders. People need people like this to carry on. https://t.co/0ParTRiMx8— Mohini (@perpetuals3lf) March 7, 2022

Since the beginning of the war, a number of poignant scenes have been witnessed on air; the staff of a Russian news channel happened to resign on air after saying no to war. Many of Zelenskyy’s speeches have previously moved translators to tears. Zelenskyy’s impassioned appeal to the European Parliament to make the country a part of European Union made his interpreter choke up and pause. In his speech, the president described how the Russian invasion has killed 16 children and damaged property in their country. “We are fighting for our rights, for our freedoms and now we’re fighting for survival. We are also fighting to be equal members of Europe,” Volodymyr Zelenskyy said, appearing in the meeting through virtual mode.