Planet IX: What makes it different from the famous Sandbox? 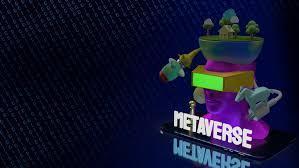 Have you ever wondered what it’ll be like to have a source of income that is totally fun, unlike your job that can be pretty time consuming? Have you ever thought of a fun investment that doesn’t require a massive amount of money and risks?

Cryptocurrency NFT games and Gamefi are the answers to your question!

As you already know, NFT games are a perfect play-to-earn opportunity for you. So, with each game asset and NFT that you own, you get the chance to earn from the possession and development of these tokens and assets all while playing the game.

As there are many genres and styles of traditional games, there are equally many genres of these NFT and blockchain games. There is adventure, thriller, horror, simulations, world-building, and many more versions of these amazing play-to-earn games.

One of the genres that have gained a lot of attraction over the years is the metaverse and world-building games. The ability of these games to simulate worlds, real and imaginary, and give users the chance to build them right from the scratch made a lot of players drawn to them almost immediately.

This is why there is now a vast amount of metaverse and world-building blockchain games, most of which many people love. There are two of these games that have pretty similar yet different gameplays. They are Planet IX and Sandbox.

Sandbox is a virtual world game based solely on the blockchain. The whole gameplay allows the players to buy, sell, create and build digital assets in the game and also the token used in the game, SAND.

This game lets its users monetize their time and money spent in the Crypto and blockchain Metaverse through the play-to-earn model of the game. Players are allowed to purchase land and also create NFTs while playing the game and earning the game’s token, SAND, after completing game quests.

Many articles describe the Sandbox as a blockchain platform for artists and game developers to earn from their works.

The Sandbox game interface also gives the players and landowners the chance to customize their land plots in many different ways. There’s the chance of creating NFTs and more miniature games for other players. There’s also the customization of the lands into virtual art galleries in order to sell NFTs. Now, around 16,000 people have purchased these Virtual land boxes in this game. These boxes are also finite, with the chance to pick any land you want.

So, How is Planet IX any different?

Planet IX is another Metaverse and world-building blockchain game that is gaining traction as many people have kept anticipating its launch.

Planet IX is a trading and strategy game that allows the players to earn while playing on a virtual real estate game interface. One way that Planet IX stands out compared to the Sandbox is the fact that the game interface of Planet IX is a virtual representation of our planet, Earth, on a scale of 1:1. So, yes, players get the chance to view their favorite places in the world virtually.

With Planet IX, there are many in-game assets and tokens, which are all NFTs. However, the primary token that’s used to play the game is the PIX. A PIX is a hexagonally shaped piece of land in a tiled form that depicts ownership of a geographical location on the game’s interface.

The game is played by acquiring PIXs, building them, selling, and buying to build your PIX territory. Another feature that makes Planet IX different from the Sandbox is the fairness of the land distribution. In Planet IX, the PIXs are bought through pack drops which contain random types of PIXs. This makes the game fairer, avoiding allowing the crypto whales to purchase all of the best lands at the beginning of the game.

Planet IX is a game that promotes a sustainable environment, too, as the proceeds from in-game assets purchases are invested into sustainable energy companies. The returns of these investments are also paid back into the wallets of the game’s players, enforcing the play-to-earn paradigm a lot more.

The NFT and blockchain game world is filled with many genres and styles of games. As world-building and the Metaverse are trending genres, games like Planet IX and the Sandbox are all we hear about during these times. At the same time, although these two games have similar genres and properties, there are features beneficial to the environment and the players alike that make Planet IX stand up tall compared to the Sandbox. As many people are diverting into the Metaverse and world-building games, the features of Planet IX are bound to change to the world sooner than later.

Is the Syncler app any good?

How to Sell NFTs on the Foundation in 2022