Collaboration between Security and Network Architects 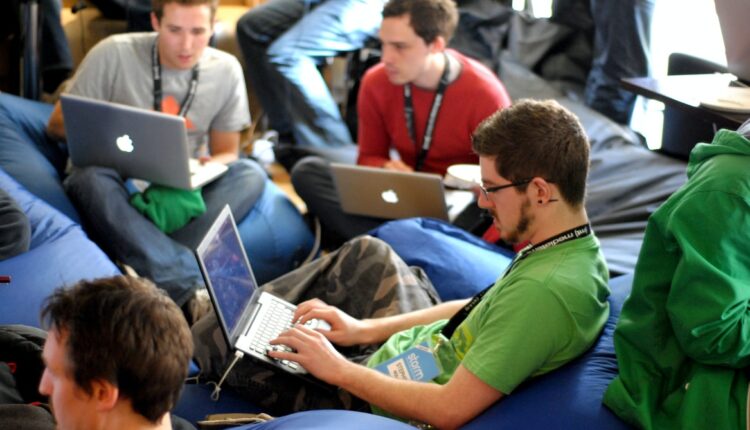 The ideal candidate for this role has extensive experience managing and supporting networks, along with a computer science and engineering degree.

However, just like everything in IT, managing the flow of information is a dynamic process that evolves. It is likely that everyone’s job in IT will change, irrespective of their role. With the retirement of older technologies and the rise of newer, more efficient ones, the requirements for roles may change with time.

Programmers probably have had the greatest impact on this kind of change over the last decade of any other role. Development has made its way into operations, management, network, and security administration. The idea is presented that a systems administrator, for example, can benefit from some programming knowledge to deploy apps or patch devices in a customized way.

Programming network applications in Python to test networks is one of the best ways to ensure their continuity, so it shouldn’t come as a surprise. Many of the programming languages are now available in Python. With such a large and talented community of open-source and commercial supporters, there’s a good chance that someone has developed something that can assist you with your design.

The fact that other applications are compatible with Python scripting as an input or output source to extend data, model it, or visualize it is also a feather in its cap. The Python language is a tool that can be used in a variety of IT careers.

Perl is a mature programming language with strong roots in network programming. The built-in functions make creating low-level applications that utilize client-server communications easier. You are likely to find that someone from the extensive support community has already written a module for the functionality you want, allowing you to easily extend the language’s capabilities.

With this low-level language, applications can access the most resources to boost their performance. It sounds like a pitch for software developers to use C over other programming languages, and it’s not intended to be that way, but it does ring true. Part of the network architect’s job is to design the network, while the other half is to create an optimal and stable network.

Test every aspect of the network design to ensure that it is functioning as expected. Everything from cabling to network equipment to configurations will be important. NA candidates with strong design and engineering skills may gain an edge over their peers if they develop applications to test functionality and report findings.

A good example of a programming language for configuring network devices and appliances is Cisco’s Tool Command Language (TCL). Cisco devices – one that your organization may or may not support – are used extensively in setting up and establishing networks for countless organizations worldwide. If that’s the case, you are likely to have been tasked with supporting Cisco devices at some point along with your career.

When designing a network, it is helpful to understand TCL (pronounced “tickle”), a programming language. By routing traffic to and from devices/WAN, scripting facilitates the configuration of devices that will essentially form the backbone of the network.

Although perhaps not the most obvious automation framework, Ansible, and other automation frameworks are using increasing volumes to map out the devices and clients on networks providing and using services respectively to orchestrate the management of all these devices to ensure maximum reliability, efficiency, and standardization.

To institute a network design that will be able to withstand the sheer volume of data crossing over the wires while being able to foster communication, wouldn’t it also be essential to know what will be on these networks and how they will communicate? Considering your options for WAN connections, that would be a major factor to take into consideration if you are going to manage data flow across multiple clouds around the world.

How security and networking professionals can improve their collaboration

When network engineers and architects who design, build and manage enterprise networks collaborate increasingly with their counterparts in information security and cybersecurity, they face challenges that can hamper their efforts.

Over the past few years, more than 75% of IT organizations have observed new teams working together to ensure the reliability and security of digital initiatives, the most prominent of which are cloud adoption, work-from-anywhere, data center modernization, and the internet of things (IoT).

Sadly, only 39% of organizations consider this collaboration to be a complete success. Why isn’t everyone doing better?

One of the biggest problems is the lack of cross-team skills (25%) in organizations. Security and network professionals don’t understand the domains of their counterparts in the other silo. Furthermore, recent conversations with networking professionals have confirmed that skills gaps are causing problems.

Network engineers with a large financial company said that security people, in general, are not well versed in networking. Knowledge gaps caused a clash, where one team tried to butt heads with the other team because they didn’t know what the other team was doing.”We talk to security every two to three months, and they’re always asking a lot of theoretical questions that have no bearing on what we’re talking about,” a network architect with a $15 billion retail company said. “We often feel that security does not understand what the business is all about.”

What Causes Slow Internet in NYC