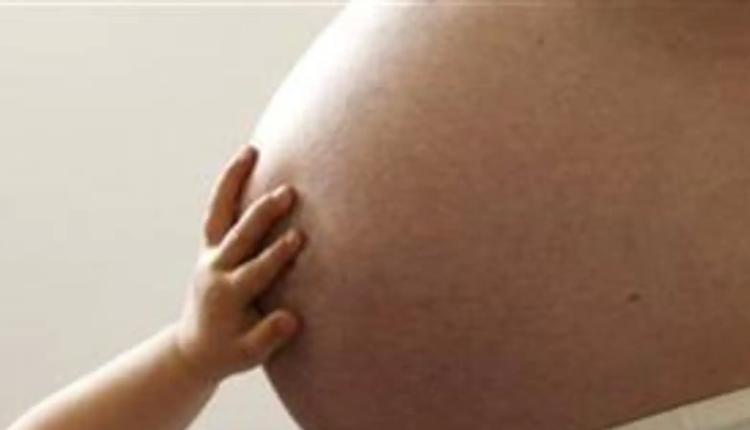 When a woman grows a significantly large belly during pregnancy, people are likely to assume that she may be blessed with twins or triplets. However, a woman went viral on the internet after revealing that she is expecting only one child despite her massive baby bump. According to a report by The Sun, the woman, Renae, shared pictures and videos of her unusually growing baby bump on TikTok. Renae documented her pregnancy and received a slew of reactions online.

Reportedly, TikTok users were baffled and found it hard to believe that Renae was expecting just one child. Many users trolled Renae as one wrote “I swear you have like 4 twins in here” while another said that the baby is going to come out with a college degree.

In her earlier video, Renae had shared that she was “a day short of 37 weeks pregnant”. But for her hundreds of viewers online, it just did not make sense. Taking a dig at her, one user wrote that the baby had turned 18 before coming out while another said that she was carrying a whole football team in her belly.

Later, in another video, Renae responded to people who showed concern that her extra-large baby bump was a warning sign. She shared that she and her unborn baby were both healthy. She added that a doctor confirmed there were no signs of gestational diabetes or excess fluid.

Renae had also revealed that she grew a large baby bump even in her last pregnancy where her son was born weighing over 4 kg. This time, Renae said, she had gained only around 16 kg during her pregnancy.

Renae gave birth to a healthy baby boy via C-section on February 18 which had a weight of around 4 kg. She shared that the newborn’s head was quite big measuring 15 inches.

As reported by LADBible, Renae had even clapped back at the doctors who claimed that her baby was not healthy considering her big bump. “As a doctor you should be ashamed of yourself for this video,” she had said.

Twitter Expands Birdwatch, Its Crowdsourced Fact Check Pilot, in US