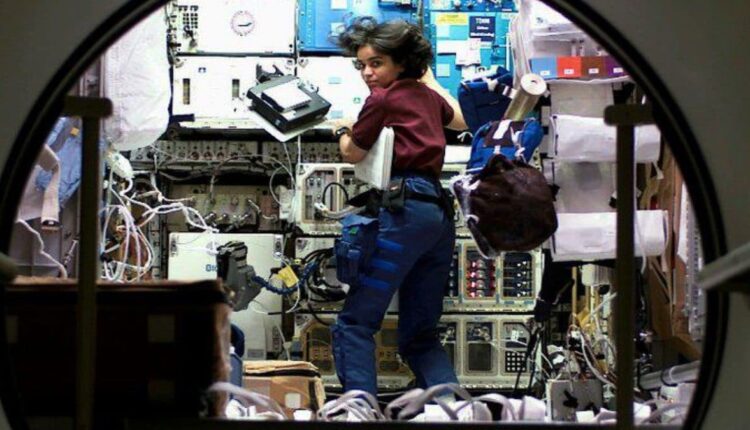 Unseen images of astronaut Kalpana Chawla have been tokenised as NFTs on the occasion of International Women’s Day. The collection, being launched by GuardianLink on Beyondlife.club NFT marketplace, will go live on March 8. An India-born American astronaut, Chawla was among the seven crew members who lost their lives in NASA’s Columbia space shuttle after it caught fire while re-entering the Earth’s atmosphere in 2003. First Indian-origin woman to go into space, Chawla has been among the most inspirational personalities, especially for space enthusiasts in India.

The special NFT collection will feature ten images of Chawla, with 25 copies of each image. In total, this series will have 250 NFT pieces.

Each NFT will also carry a quote from Chawla, adding to the value quotient of this series.

“In recognition of Kalpana’s achievements, I have approved the release of NFTs consisting of rare and previously unseen photographs of moments from her life,” Chawla’s husband Jean-Pierre Harrison said in a statement.

Glimpses of these tokenised images have not been released on public domains.

The funds collected from the sale of these NFTs will be donated to an Indian child welfare organisation, the name of which remains undisclosed.

As of now, details on the pricing of Chawla’s NFTs have not been revealed.

A digital collectible piece, inspired by Chawla, has also made a debut on India’s WazirX crypto exchange and marketplace.

Under WazirX’s ‘Iconic-Women-In-HIstory’ collection, a cartoonised representation of Chawla wearing a space suit has been priced $33.34 (roughly Rs. 2,560).

NFTs are valuable virtual collectibles that are supported on the blockchain technology.

The sales of NFTs reached some $25 billion (roughly Rs. 1,84,700 crore) in 2021 as the speculative crypto asset exploded in popularity, data from market tracker DappRadar showed.

The sector is witnessing growth in India with a bunch of indigenous NFT marketplaces like BeyondLife.club.  Bollycoin, and WazirX among others, cropping up.