Microsoft Visual Studio Vs. Eclipse: Which IDE Do You Prefer For Web App Development? 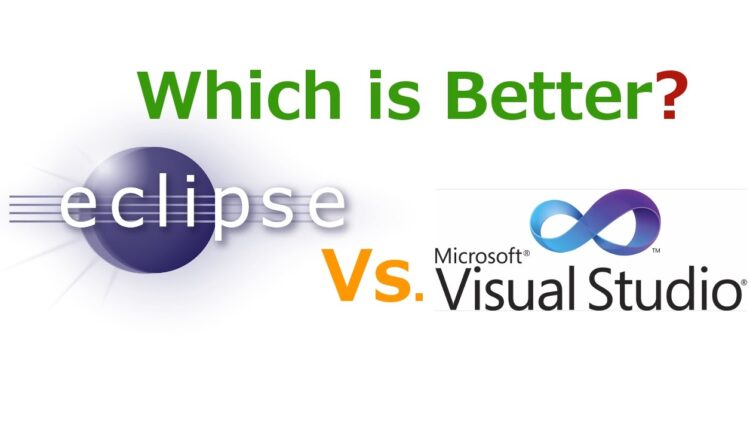 While some developers love to work on Microsoft Windows, others prefer Linux or Mac OS. This is not the only reason why they prefer certain software applications over their counterparts. Many programmers harbor their own preferences when it comes to certain applications for development. This may be true even more so when it comes to IDEs (Integrated Development Environments).

This article discusses Microsoft’s Visual Studio and IBM’s Eclipse. Both have been proven as productive IDEs for developers, but which one is better? This article will highlight the differences between the two software applications and how they fare against each other. It must be noted that this article covers only development specifically for web applications.

Visual Studio is Microsoft’s IDE that was first released in 1997. It has since been upgraded to various versions, the latest being Visual Studio 2017. The main attraction of Visual Studio is its ability to create applications for Windows using different programming languages, including C++, C#, and VB.NET.

The advantages of Visual Studio are as follows:

The disadvantages of Visual Studio are as follows:

Eclipse was first developed by IBM in 2001 as an open source IDE for general purposes, including web development with PHP and Java EE. It has since evolved to include more languages such as C/C++, Python, Ruby, and Scala. Although it was initially created for Java EE, the support for other types of web development has grown over the years.

The prevailing advantage of Eclipse is its compatibility with different platforms including Windows, Linux, Mac OS X, Solaris, and FreeBSD. Another plus for this IDE is its ability to integrate well with other Apache Foundation products, such as Tomcat, Geronimo, and Hudson.

The main drawbacks of Eclipse are its lack of support for certain Windows-specific tools and extensions that are unique to Visual Studio. This combined with the fact that it is open source can be a disadvantage for some developers who prefer software with commercial support.

The advantages of Eclipse are as follows:

The disadvantages of Eclipse are as follows:

Both Microsoft Visual Studio and IBM Eclipse are popular IDEs with their own advantages and disadvantages. It must be noted that this article covers only development specifically for web applications. Developers should choose the IDE that best suits their needs and preferences.

Find out how effective a robot will be in cleaning photovoltaic cells.