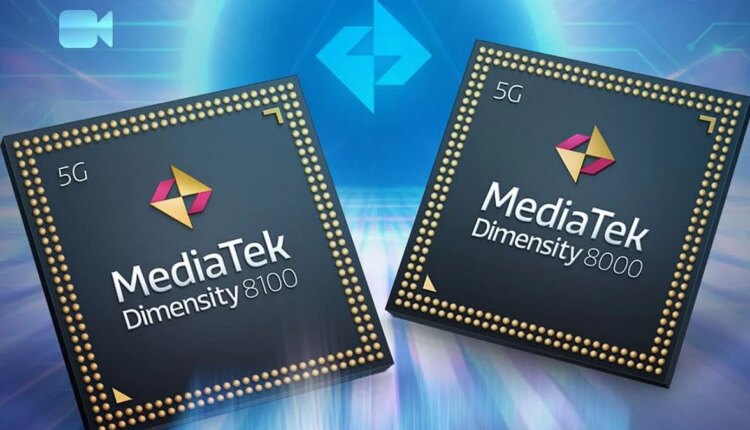 MediaTek has reportedly overtaken Qualcomm as the largest supplier of semiconductor chipsets for Android smartphones in the US. As per IDC’s latest report, MediaTek commanded over 50 percent of market share in Q4 2021, surpassing the usually dominant Qualcomm. However, a report by Counterpoint shows that Qualcomm still had the market dominance with 55 percent market share, followed by MediaTek. Furthermore, MediaTek is supposedly gaining market share after introducing its Dimensity chipsets, most recently the Dimensity 8000, Dimensity 8100, and Dimensity 1300SoCs.

As per a report by IDC, courtesy of PCMag, MediaTek has surpassed Qualcomm as the largest supplier of semiconductor chipsets for Android smartphones. The report mentions that the Taiwanese semiconductor manufacturer has gained over 51 percent of the Android smartphone market in the US in the fourth quarter of 2021. Qualcomm reportedly had a 47 percent market share during the same period.

However, The Verge mentions that IDC report has slightly different figures for MediaTek and Qualcomm’s market share in the US. The former has 48.1 percent market share, while the latter has 43.9 percent.

Another conflict in the percentage of market share for both MediaTek and Qualcomm comes from a report by Counterpoint — shared by The Verge. The report mentions that the US-based semiconductor manufacturer had 55 percent share in the Android smartphone market in the US, while MediaTek had only 37 percent. It could signify that Qualcomm is still dominating the Android smartphone market.

IDC’s report mentions that MediaTek gained the lead due its dominance in the sub-$400 (roughly Rs. 30,000) segment of Android smartphones. This is reportedly mainly due to the popularity of smartphones like Moto G Pure, Samsung Galaxy A12, Samsung Galaxy A32, and T-Mobile Revvl V+. According to IDC, most smartphones over $400 rely on either Qualcomm or Google chipsets.

MediaTek aims to capture more of the high-end Android market segment as it has recently announced its MediaTek Dimensity 8000, Dimensity 8100, and Dimensity 1300 SoCs. The first two are trickle down versions of Dimensity 9000 SoC but will be built on TSMC’s 5nm process instead of 4nm process. Dimensity 1300 has been announced as a successor to last year’s Dimensity 1200 SoC. All three chipsets are slated for their debut on smartphones in first quarter of 2022.