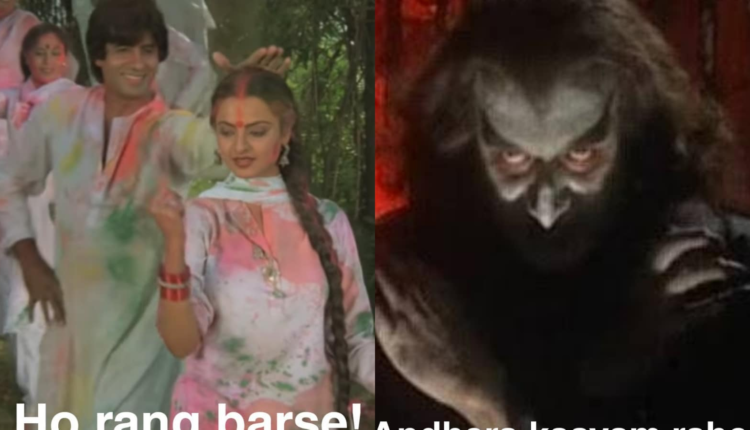 ‘The Batman’ has risen again, featuring a brooding Robert Pattinson as captured by director Matt Reeves, and with that, social media is buzzing with the DC vs Marvel chatter again. DC as well as Marvel Cinematic Universe (MCU) fans have hotly debated the two kinds of superheroes and film aesthetics portrayed in the two universes for ages, with no conclusive argument on which one is “better”. Pattinson as the caped crusader has once again brought the argument to light. Pitch him against Tom Holland’s chirpy teen Spider-Man (why would you? Ask film Twitter), and you’ve got the DC vs MCU debate in a nutshell. The two superhero factories are like black coffee and caramel Frappuccino with cream. As long as the day gets saved, we suppose we need not worry.

It’s Marvel vs DC at it’s bestI literally can’t choose a side. Just when I think MCU has provided movie of the century DC tops it then MCU tops it again. It’s just they keep getting better and better and more and more unimaginable.#TheBatman pic.twitter.com/qi53xHRsEg— Sanket Shah (@SanketShah2107) March 4, 2022

Lastly, a message of peace: “Just a reminder, it doesn’t have to be Marvel vs DC. I’m just thankful when a comic book film or tv show is great, no matter which side of the imaginary fence it’s on.”

Just a reminder, it doesn’t have to be Marvel vs DC. I’m just thankful when a comic book film or tv show is great, no matter which side of the imaginary fence it’s on. pic.twitter.com/I8OhWXV1bT— Pat Guy (@ThisPatGuy) February 28, 2022

Keeping pace with the DC vs MCU debate, now there is also an internal debate among DC fans as to which Bat gets to wear the crown (or the cape). So far, Battinson has not fared too badly, given the fact that the franchise fans are more than a little passionate.