Man Lists ‘Cursed’ Painting on eBay, Says It ‘Turned Everything Dark’ Around Him 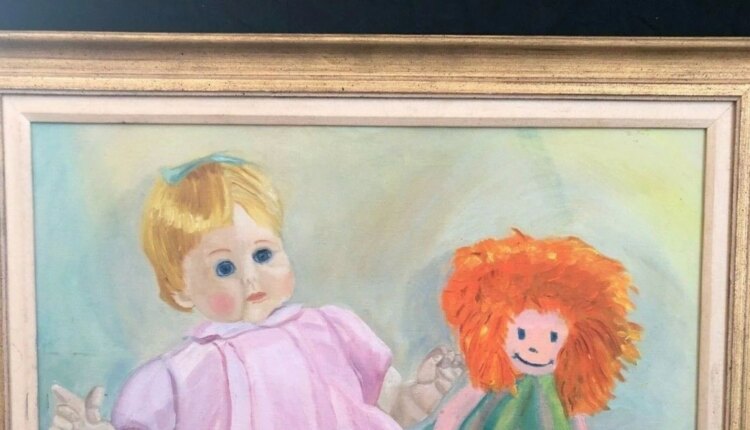 Claiming that it had turned everything dark around him, a person has listed a ‘cursed’ painting on eBay which he bought from a flea market.The person has priced the painting featuring two weird dolls at $ 80 or around Rs 6,000 on eBay. “Beware cursed vintage painting dolls art creepy eerie warning 1967,” the title of the painting reads.

In the description of the listing, the person has even explained how he bought the ‘cursed’ painting and the effects it had on his life. The person has revealed that he bought the art from a woman at a flea market and even wrote that she warned him before selling it.

He admitted not paying heed to the woman’s warning and buying the painting as he liked collecting weird stuff. “I was struck by the strangeness of the painting,” he wrote. Describing the dolls in the painting, he wrote that one of them makes him feel like there is always someone behind him. Meanwhile, the other doll, he said resembles “an unfortunate mutation of Raggedy Ann.”

Initially, he thought that painting represents spring and rebirth but soon he was convinced that it only reflected the end of things. As he hung the painting in his living room, he began to realise what the woman at the flea market meant.

He claimed that he faced trouble sleeping and as he rested on the couch the frightening dolls watched him. Sleep-deprived, he claimed that it took a toll on his immune system and experienced cold “accompanied by an incessant throbbing headache.”

Since bringing the painting home, the collector said he spend the five days facing uneasiness, loneliness, sickness and sleeplessness. Having faced enough troubles and claiming that “everything grew so dark around” him, he finally decided to get rid of the painting and listed it on eBay.

Preferring to pass the curse onto someone by selling rather than burning it, the collector claimed he did not want to risk unleashing the evil by destroying the painting. He said that he will sell it to “some poor soul” who doesn’t believe in the curse or even to someone who believes it.

Online casino: the games most loved by users

What is roof repairing and its five considerations??