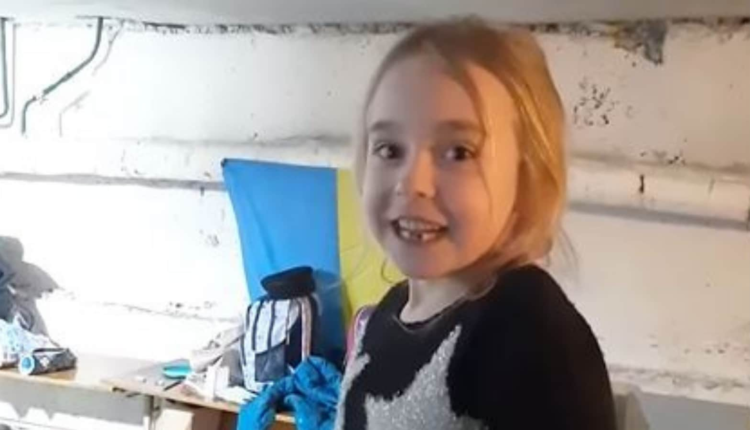 Amidst the ongoing Russia-Ukraine crisis, an emotional performance has caught the attention of the netizens. At a time when the internet brought forth several bombing footages along with videos of Ukrainians seeking help from other nations, a cellphone video of a young girl from a bombing shelter in Ukraine has grabbed all eyeballs. The video posted by the Good News Correspondent page on Instagram shows a little Ukrainian girl beautifully singing Let it Go from the musical animated film Frozen, which set the internet on fire with its release a few years ago. As per Daily Mail, the name of the girl is Amelia.

At the beginning of the video, Amelia can be seen singing the song which was sung by the protagonist Elsa in the animated film. The song symbolised how strong she is against her battles and ‘there is always a beauty that outshines the evil’. In the video clip, Amelia croons the song in her native language. Not just this, but other people in the shelter were listening to Amelia without any interruption, as she sings with amazing passion and hope in her heart.

While she sang, some people could be seen wiping their tears. While posting the video, the page wrote, “A young Ukrainian girl sings “Let it Go” in a bomb shelter in Kyiv. There is always beauty that outshines the evil in this world. Bless this child and her people”, and ended the caption with a heart emoticon.

Undeniably, Amelia, who can be seen singing with a beautiful smile on her face and strength in her eyes, has inspired not just the people in that shelter but the whole internet, who have showered the post with their love.

Originally, the video was posted on Facebook by Marta Smekhova, who while sharing the video wrote, “From the first word in the [bomb shelter] came complete silence… everyone put their business aside and listen[ed] to a song by this girl who was just beaming light…”

What are your views about this beautiful heartwarming video?

Google Said to Be in Talks to Buy Cybersecurity Firm Mandiant