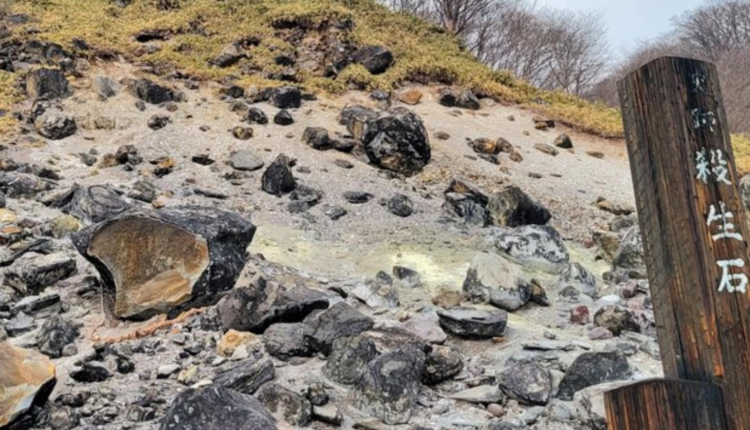 Supernatural legends, myths and folklore are a point of interest for many and if you are a fan of the classic ‘evil escapes imprisonment after years’ trope, there are chances that it may be playing out right now in front of the world. We say this as the Sessho-seki aka ‘Killing Stone’ in Japan was recently discovered to have split open and cracked in half, believed by locals to have unleased evil into the world, according to a report in Daily Star.

You are not alone if you had never heard of Japan’s Sessho-seki before today. The ‘Killing Stone,’ which is thought to have housed the altered body of a powerful demonic soul for 1,000 years, is only now becoming known to the general public. However, the legend surrounding this stone is bizarre, and it has alarmed many superstitious individuals. On March 5, the rock, that sits on an active volcano in Central Japan, not far from Tokyo, was found to be cracked in half. While the most common explanation would be natural weathering considering how old the rock is, the supernatural legend behind it does not convince one of such a simple reason.

The Sessho-seki, a famous rock in Nasu, Japan that was said to have imprisoned the evil nine-tailed fox demoness Tamamo-no-Mae, was found broken in half.After nearly 1,000 years, the demon vixen is presumably once again on the loose. https://t.co/Fz3yRLy4qQ

The Sessho-seki, or ‘Killing Stone,’ is said to be so powerful in Japanese mythology that it kills everyone who comes into contact with it. According to legend, the Killing Stone is Tamamo-no-altered Mae’s body. Tamamo-no-Mae was said to have appeared as a beautiful woman to the naked eye, but was subsequently revealed to actually be a nine-tailed fox demon working for a powerful Japanese daimyo (feudal lord) seeking to destroy the emperor.

Miura-no-suke, a great warrior, is said to have defeated the demon whose body was converted into the Sessho-seki or Killing Stone, which served as its eternal prison. That is, until March 5, when it suddenly burst open.

The occurrence has solicited a varied response on social media.

Man, imagine of all mythologies and religion Japan was right all along. I’m unironically all for this and want to see where this goes cause I am tired of mundane life and want magical/supernatural stuff to happen.— JokerJay779 (@jaymoody779) March 6, 2022

Officials in the area stated the stone had been cracked for some time and that rain and freezing conditions could have caused it to split, according to Daily Star. Chairman of the Nasu Kogen Yumoto Guide Club Masaharu Sugawara said, “It is natural, so it cannot be helped but it is a shame because it is a symbol of the local area.”

‘No Covid’ or ‘Never Covid’ People Never Caught the Virus, Here’s Why