ISRO’s Chandrayaan-2 Finds Noble Gas on Moon, Beyond the Region Where It Was Supposed to Be 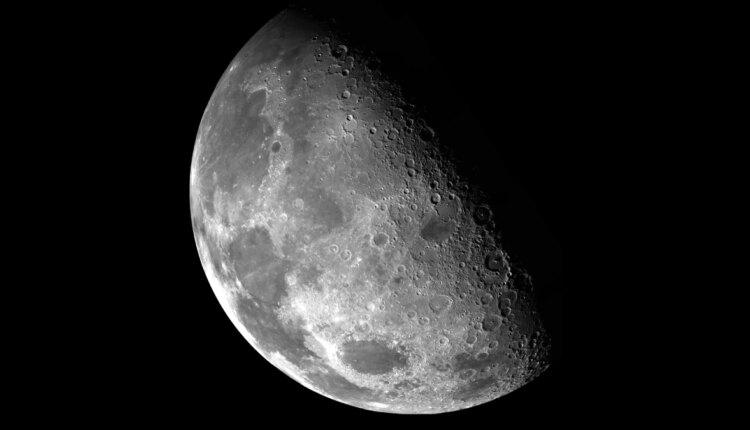 The race to unravel the complex processes occuring on the lunar surface and its environment is heating up. As several countries are trying to know more about the Moon and build a base for humans to facilitate further space exploration, ISRO said it had made an interesting discovery. The Indian space agency said its Chandrayaan-2 orbiter found an important gas in the Moon’s upper atmosphere, beyond the region this gas was known to exist. ISRO said Chandrayaan’s Atmospheric Composition Explorer-2 (CHACE-2) equipment has detected Argon-40 gas in the lunar exosphere, which is the outermost region of the atmosphere of a celestial body where atoms and molecules rarely collide with each other.

Explaining why it is an important discovery, ISRO said in a statement that Argon-40 (Ar-40) is a noble gas, which makes it one of the most stable gases, and serves as key tracers to understand the processes of surface-exosphere interaction. According to ISRO, “Ar-40 originates from the radioactive disintegration of Potassium-40 (K-40) present below the lunar surface.”

Once formed, it diffuses through the inter-granular space and makes its way up to the lunar exosphere through seepages and faults.

The uniqueness of this result lies in the fact that although Apollo-17 and LADEE missions have detected the presence of Ar-40 in the lunar exosphere, the measurements were confined to the near-equatorial region of the Moon.

“Though Argon-40 is known to exist in the lunar exosphere, the knowledge on its distribution at higher latitudes is lacking. For the first time, Chandra’s Atmospheric Composition Explorer-2 (CHACE-2) experiment aboard Chandrayaan-2 orbiter has continuously observed Ar-40 in latitude range of -60 to +60 degrees,” stated a study, published in the Geophysical Research Letters journals, based on this observation.

The observation hints at a requirement for improvement in the understanding of the surface-exosphere interactions and distributions of Ar-40 on the Moon, the study added.

Chandrayaan-2 mission’s lander and rover got destroyed as the mission could not make a soft landing in September 2019. The orbiter, which included CHACE-2, remained unaffected and carried out experiments.

ISRO is planning to launch a Chandrayaan-3 mission later this year to again try to land on the lunar surface.