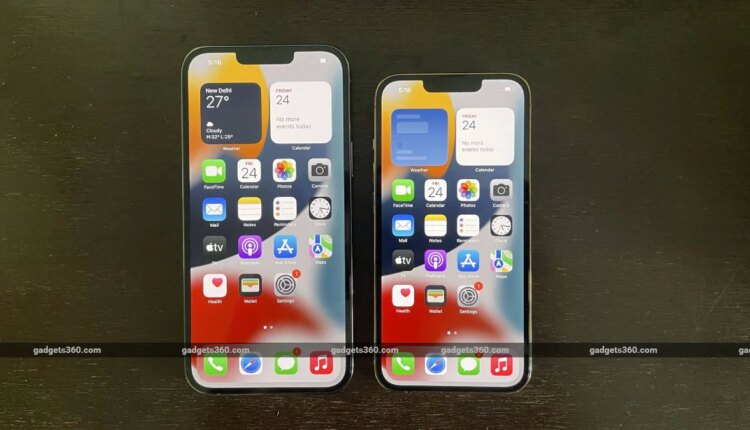 iOS 15.4, iPadOS 15.4, and macOS Monterey 12.3 are releasing next week, Apple confirmed alongside unveiling its new devices including the iPhone SE (2022), Mac Studio, Studio Display, and the green shades of the iPhone 13 series. One of the most useful changes that iOS 15.4 will bring to users is the ability to unlock an iPhone using Face ID while wearing a mask. The new iPadOS and macOS versions, on the other hand, will come with Universal Control to let users work seamlessly between an iPad and Mac.

Apple said in its announcement that the iPhone 13 Pro in Alpine Green and iPhone 13 in Green would ship with iOS 15.4. The new iOS version will also be available for existing iPhone users starting next week, the company said.

The iOS 15.4 update will come with the new way to unlock your device with Face ID while wearing a mask. The feature has been in testing since late January. It is also one of the most requested features as people have been facing difficulties in unlocking their devices when wearing a face mask.

However, enabling the facial recognition technology to work with face masks is something that users have anticipated since the beginning of the COVID-19 pandemic in early 2020.

The iOS 15.4 update will also bring an anti-stalking warning for AirTag, which was a part of the updates that Apple announced last month. It was spotted in the fourth beta release of iOS 15.4 a few weeks back.

Apple also confirmed that iOS 15.4 will include a new Siri voice option, expanded language support for Visual Lookup, and a list of emojis.

In addition to iOS 15.4, Apple is bringing iPadOS 15.4 and macOS Monterey 12.3 next week. The new software releases will come with Universal Control that will allow users to control iPad and Mac simultaneously using a single keyboard and mouse.

Universal Control was announced at WWDC 2021 in June. It was also expected to be a part of the original macOS Monterey release in October. However, Apple delayed that addition.

The Universal Control feature will initially be available as a public beta. The feature uses Apple’s Continuity to establish a connection between the iPad and Mac. Both devices also need to use a single Apple ID and should be within a few metres of each other.