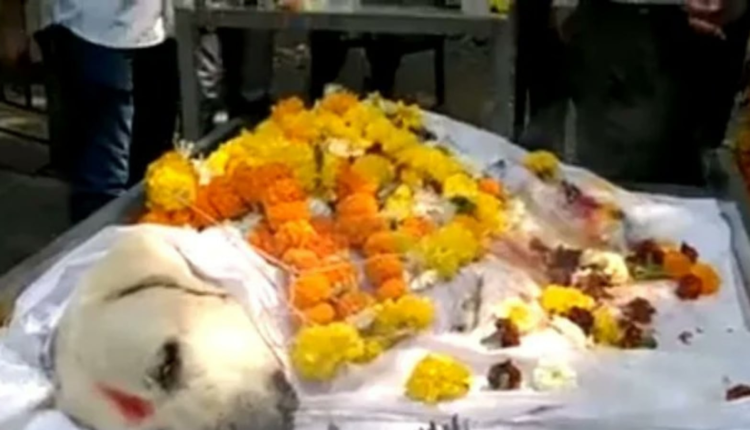 From airport check-ins, narcotics, to shipyards or railway stations, dogs have an immense contribution in assisting police and army forces in carrying out their duties. From guarding a household to protecting the country, these dogs are the bravest beings. One among them was Simba, a brave dog in the Bomb Detection and Disposal Squad. Simba put his life at risk every time he was needed to detect a bomb planted by criminals or terrorists.

A video was also shared by another Twitter user, from the same event where police officials were seen paying their last respects to the brave dog.

People on the microblogging site shared their reactions and wished that Simba rests in peace. Some users even opined that dogs are the most wonderful beings.

“We don’t deserve dogs,” a user wrote, while another wondered how the canine died.

Dogs have proven how they are much more efficient and better at tackling dangerous situations. In September last year, the Indian Army paid tribute to a 9-year-old brave dog, named Dutch.

Dutch was a decorated dog of Eastern Command, and was instrumental in identifying IEDs during various CI/CT Ops.