Hungarian Woman Falls in Love with Toy Plane, Says, ‘He is My Soulmate’ 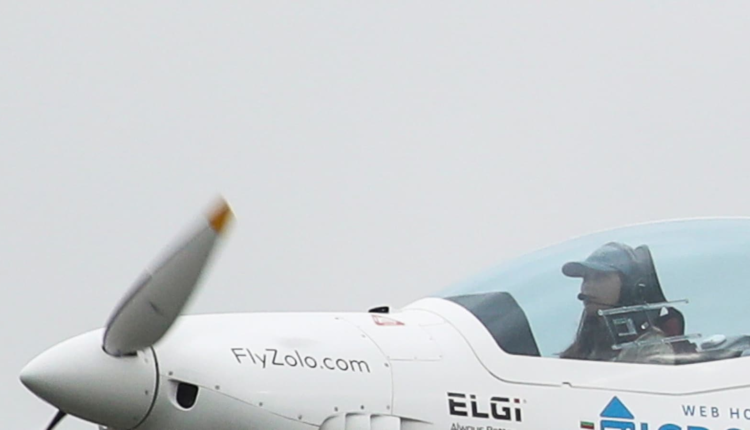 Sandra acquired the toy, which she has dubbed ‘Luffancs,’ for £600 (₹60,915) in January of this year, and thus their romance began. (Credits: Reuters)

It is a common saying that love can be found in unexpected places but a 28-year-old woman from Budapest, Hungary has taken the saying to a whole new level. She did find love, but not in a fellow human being. Her love is her toy plane and she calls it her “soulmate.” Sandra acquired the toy, which she has dubbed ‘Luffancs,’ for £600 (₹60,915) in January of this year, and thus their romance began. Since she was three years old, the Hungarian has had a fascination with planes and has fantasized of working with them in some way throughout her adolescence. She finally got a job in the aviation sector in 2021, surrounded by her favourite things, planes. Sandra’s previous human partners were unconcerned about her fascination with flying metal things, but after breaking up with her boyfriend at the end of last year, she chose to enter into a full-fledged relationship with a plane.

“I do not know why but I just love him,” Sandra has said about the toy plane, according to the Mirror. Calling it her “soulmate,” she said that the toy is the first thing she sees, waking up in the morning and is also the last thing she sees before hitting the bed at night. She even said that apart from cuddling and kissing throughout the night, they also have s*x and that she has fallen in love for the first time.

Sandra’s full-time employment at an airport, on the other hand, constantly tempts her to board another jet. But she has a strong affection for Luffancs, and his outward feelings never hint he is jealous of the other planes. “My big love is LX-UCV at the airport but the work is work, I just do everything at home,” she said. Calling planes to be more reliable than humans as partners, Sandra said they represent endless opportunities and that is something she wants in her life.