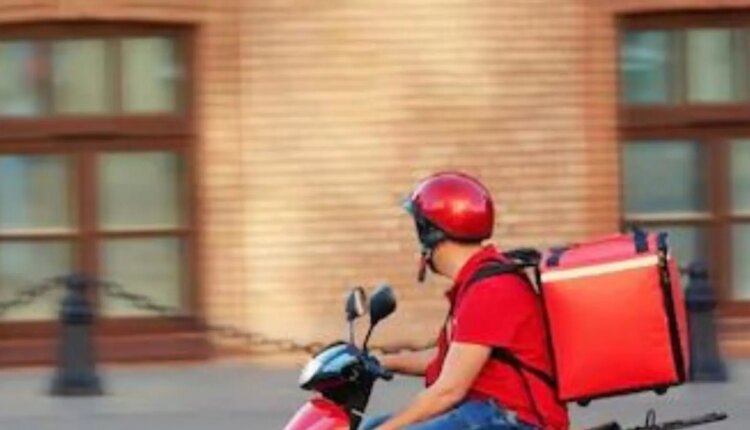 Imagine ordering food while you are starving but then realising that you put the wrong delivery address. Anyone is likely to go mad in such an unpleasant situation. A man based in Washington, US, too got annoyed at first but then he chose to give the meal to the delivery man.

What the man Sha Davis did not expect was that his small gesture would elicit a heart-warming response from the delivery executive leaving him misty-eyed.

Sharing the story, Sha Davis posted a screenshot of his chat with the delivery executive on his Facebook page. “So I forgot to change my address on my Chipotle app so I told the driver to keep it,” wrote Sha in the post. He further shared that his old address was not near which caused him to get agitated at first. But, he further wrote that reading the response of the delivery man made him happy that it happened.

In the screenshot, the first text can be seen from the delivery executive who informs Sha that he had reached with his order, although to the old address. Responding to his text, Sha then tells the delivery man to take the food with him and “enjoy the lunch”. He further explains to him about forgetting to change his address on the Chipotle app to his current location which was Maryland.

Expressing his gratitude, the delivery man further said that he was elated by Sha’s gesture and that he “truly appreciate it”.

The unusually sweet tale soon went viral on Facebook and garnered more than 1.5 lakh likes with over 1.1 lakh shares. Users in the comment section were moved by the post and even praised Sha for his generosity. “There really are angels on Earth, and you were one of them,” one user wrote while another claimed, “Everything happens for a reason.”

These stories not only restore our faith in humanity but also teach us that one should never hesitate in helping someone regardless of what they might get in return. Here, Sha would have never expected that his small yet significant act would light up someone’s day.