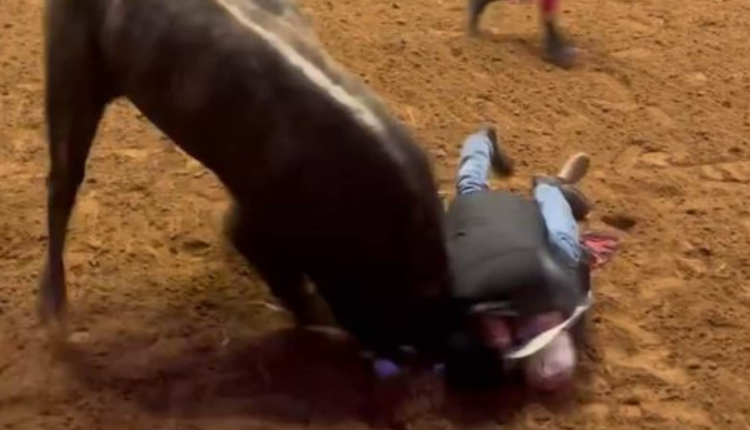 Cody, who was riding a bull, collapsed to the ground not long after entering the arena. (Credits: Instagram/@cody_hooks)

Landis Hooks jumped into the ring to save his 18-year-old bull-rider son.

Parents can often go to any lengths to protect their children, even if it means putting themselves in harm’s way. A recently circulated video reiterates this feeling as a father can be seen shielding his son from an enraged bull, using his own body during a rodeo in Texas. On Instagram, cowboy Cody Hooks posted a video of himself and his father. Cody, who was riding a bull, collapsed to the ground not long after entering the arena. That’s when his father, 40-year-old Landis Hooks, jumped into the ring to save his 18-year-old bull-rider son. By draping himself around his son, he shielded Cody from the rampaging bull. He even took a hit from the bull while protecting his son. The crowd can be heard roaring in shock but Landis kept his body pressed firmly down while the bull went about its destruction. Fortunately, both Cody and his father are doing fine now.

“I’m going to do whatever I have to do for him,” Landis said in an interview with Good Morning America, according to the Daily Mail. “Where I came from, that’s just part of the everyday cowboy life. If someone falls, you must assist them. I am glad I was there for him,” he continued. He also said that nobody could have stopped him from trying to protect his son.

Cody later made it clear that he is aware of the risks associated with bull-riding. “I’m always thinking about that,” he said. “A lot of people don’t like to think about the accidents that occur during bull riding, especially after they have been on.”

Since its posting, the video has received over two lakh views and counting. Landis has been praised by social media users for his daring to protect his son.“Dad’s a freaking legend. You are a lucky boy,” wrote an Instagram user. Another user said that Landis was a reminder that good men still do exist. Another user said it was pure love for his son that gave Landy the strength to do that.