Grandma’s Precious Reaction to her Granddaughter Being Named after her 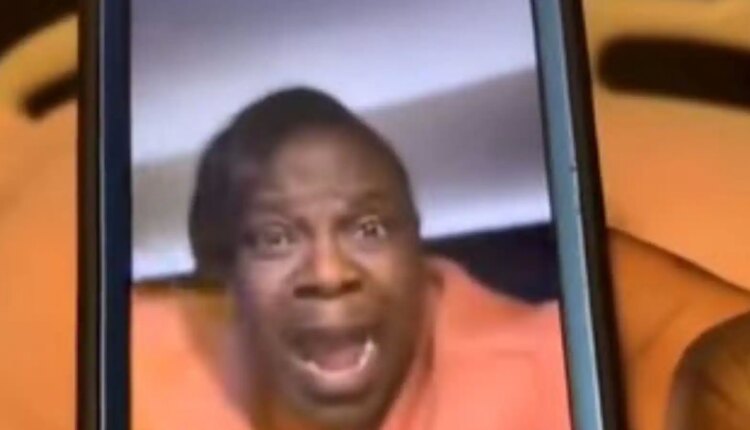 She squeals with excitement as she sees the baby.

The moment she gets the first gaze of the infant, she is overwhelmed, but she can’t hold back once she gets to know the name of the baby.

A clip doing the rounds on the internet shows the flood of emotions after a grandmother found that her granddaughter is named after her. Names hold a precious place in our lives since it is not just a collection of letters but a bundle of memories that people associate with the name. This is why people name their offspring after someone they deeply love and adore.

In the clip, a grandmother is seeing her newborn granddaughter for the first time. The moment she gets the first gaze of the infant, she is overwhelmed, but she can’t hold back once she gets to know the name of the baby. The elderly woman bursts into tears when she gets to know that the baby is named after her.

Shared on Instagram by a page called ‘good news correspondent,’ the video’s in-text reads, “Her Grandma finding out we named Jayla after her. Jayla Faye.” As we move to the video, the father is showing the daughter to her mother through a video call. She squeals with excitement as she sees the baby.

Then, her face drips with confusion for a second before her eyes burst into tears of happiness as she finds out that the baby is named after her – Jayla Faye. The honour and love she felt in gushes left her grabbing her face while she weeps happily. The son is elated to see the reaction but also tries to console her mother to not cry.

Since being shared, the video has been viewed by almost 15,000 users. Netizens’ hearts were filled as they saw the clip and poured their reactions into the comment box. While some couldn’t grab on to words and spilled emojis in the comment box, some titled the video “beautiful,” “precious,” and “wonderful.”