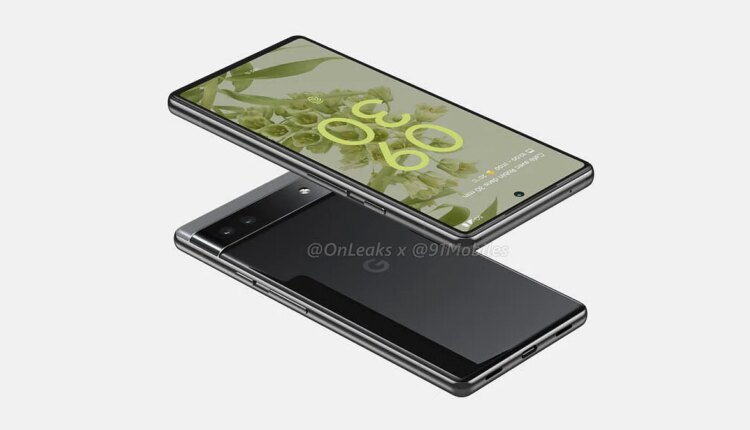 Google Pixel 6a specifications have surfaced online. The purported successor to the Pixel 5a was spotted on benchmarking website Geekbench. The listing tips the processor, RAM, and operating system expected on the upcoming smartphone. The smartphone was previously mentioned in a colouring book sent to Pixel Superfans in January. The Pixel 6a was also recently tipped to come in Black, Green, and White colour options, with up to 128GB of storage. Google is yet to officially reveal any details of a Pixel 6a.

The rumoured Google Pixel 6a smartphone was spotted in a Geekbench listing by MySmartPrice, suggesting that the smartphone will be powered by Google’s own Tensor GS101 SoC. The chipset features two high performance Arm Cortex-X1 cores, two performance Cortex-A76 cores and four Cortex-A55 efficiency cores, clocked at 2.80GHz, 2.25GHz, and 1.8GHz, respectively. The listing shows the Pixel 6a features 6GB of RAM.

Pixel 6a should run on Android 12 out of the box, according to the Geekbench listing. It says the smartphone has a single core score of 1,050 points, and a multi-core score of 2,883 points — these are in line with the Google Pixel 6 and Pixel 6 Pro scores. It is worth noting that the listing for the smartphone mentions the codename “bluejay”, which was spotted on a US carrier’s backend inventory system alongside the Google Pixel Watch earlier this month.

As previously mentioned, the mention of Pixel 6a was last spotted in a gift sent to Pixel Superfans. The smartphone was mentioned in a list of featured products, in a colouring book sent to users. Google is yet to officially reveal details of the smartphone, from specifications to a launch date. Meanwhile, tipster Max Jambor revealed in January that the Pixel 6a and Pixel Watch could debut during Google I/O 2022, which is usually scheduled in May.

Hungarian Woman Falls in Love with Toy Plane, Says, ‘He is My Soulmate’