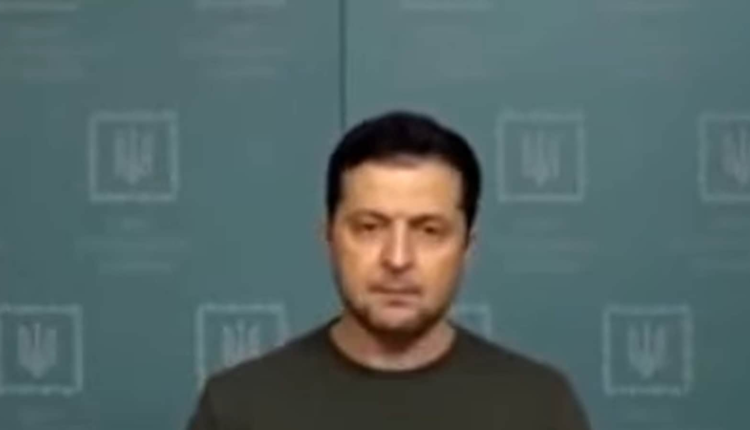 As the brutal Russian invasion of Ukraine enters its fifth day, Ukrainians have continued to flee the country or seek refuge in bomb shelters and subway stations. Heart-breaking visuals from the war-torn country are being widely shared on the internet leading to protests in many regions against the incursion. While the invasion is evidently taking a toll on Ukrainians, others have also been affected watching their plight. A recent video that has been doing rounds on social media features a German translator’s struggling voice as the journalist was translating a speech by the president of Ukraine. The translator can be heard controlling their tears.

The interpreter, who has not been named, was translating Ukraine’s president Volodymyr Zelenskyy’s speech for a German news channel Welt TV. In the 23-seconds clip, Zelenskyy was updating on the situation in Ukraine as Russian troops advanced into the country.

In the video, the journalist can be heard translating the initial part of the president’s speech as she says “Russia is on the path of evil, Russia must lose its voice in the UN.” As she moves to the next sentence and says “Ukraine, we definitely know,” her voice starts to break and she takes a pause.

However, after composing herself, she again starts to translate the speech and says “what we are defending,” before she is overwhelmed again and struggles to keep up. After taking a pause and a deep breath, the translator simply says “sorry’ and before the mic goes quiet.

On being shared on Twitter, the video prompted users to express their anguish over the ongoing war in the comment section while others even showed concern. “The only word I recognized her saying was her apology at the end and all I want to do is reach out and hug her,” one user said. Meanwhile, another user claimed that he too was moved by Zelenskyy’s speech like the interpreter. “I was also moved by a rallying speech from president Zelenskyy, yesterday,” the user wrote.

The only word I recognized her saying was her apology at the end and all I want to do is reach out and hug her.💔🇺🇦✌️— kimberly😷#BeKindToAnimals #Vegan #LovingKindness (@kimijtoo) February 27, 2022

I was also moved by a rallying speech from president Zelensky, yesterday. He is a brave and compassionate leader of Ukraine.— mrs (@ganga2001) February 27, 2022

What do you think of this?