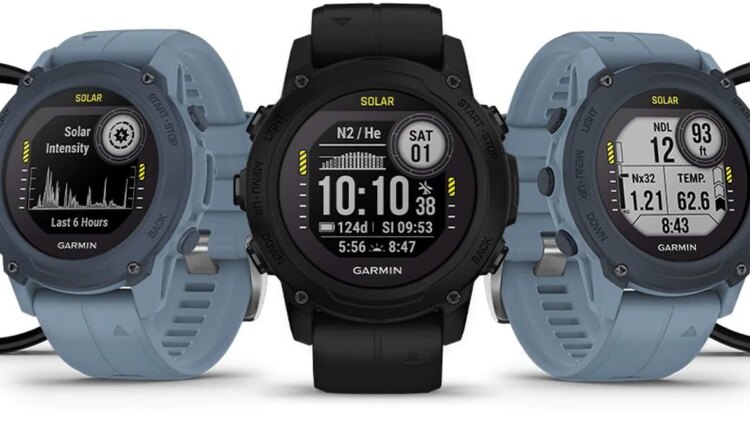 Garmin Descent G1 has been launched as a rugged smartwatch aimed at divers. The Descent G1 comes in two variants — a solar-powered model and a non-solar variant. The watches are available in four different colour options and offer a variety of diving modes for users. Apart from diving, the wearable can also track various activities and monitor your health, including all-day respiration and fitness age. The smartwatch offers a battery life of up to 25 hours on a single charge while on dive mode.

Garmin Descent G1 (both solar and non-solar variants) come in four colour variants — Black, Hurricane Blue, Powder Gray, and Slate Gray. The wearable’s India availability is yet to be announced.

The Garmin Descent G1 sports a power sapphire lens. Its bezel and case are made of fibre-reinforced polymer. The monochrome, transflective memory-in-pixel (MIP) display carries a two-window design, with a display resolution of 176×176 pixels. The wearable weighs 61g, is 45.5mm in size, and is rated to function up to 100m underwater.

The Descent G1 from Garmin has support for multiple dive modes, ranging from technical to free dives like single-gas mode, gauge mode, apnea mode, nitrox mode, and so on. The smartwatch can store up to 200 dives. Users have the option to upload, share, and review dives via the Garmin Dive app. The device is GPS-enabled to help divers find their way.

Garmin Descent G1 also helps users track their activities above water. The wearable comes with more than 30 inbuilt sports apps and training features. The smartwatch has a step counter, tracks calories burned, and also keep a tab on users’ Move IQ. There are some handy features specialised for certain activities, including golfing, swimming, and boating, among others.

The smartwatch comes with several health-tracking features such as respiration rate monitor, heart rate monitor, blood oxygen saturation level (SpO2) measurement, fitness age determination, hydration reminders, and sleep cycle tracker. The Descent G1 also sports multiple sensors including compass, thermometer, and gyroscope. The watch comes equipped with smart features such as Find My Phone. The wearable also allows the wearers to make calls from their wrists when paired with either an iPhone or an Android handset. The gadget also comes with a Garmin Pay feature to facilitate contactless payments.

Huawei Said to Be Accused of Tax Evasion in India