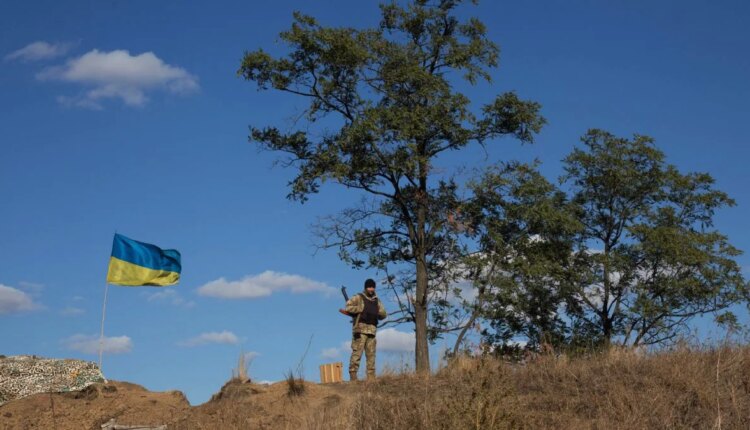 Ukraine has continuously relied on the global crypto community to help its nation gather emergency funds amid its ongoing war with Russia. The gathered capital is being used to buy basic essentials like food and fuel by Ukrainian authorities, as per a report. Crypto assets are also being used to buy military equipment like bullet-proof vests and night vision goggles for the Ukrainian armed forces. The country has been under attack from Russia since February 24 in the backdrop of long-standing and unresolved geopolitical tensions.

The Ukrainian government, along with an NGO providing support to the military, have raised nearly $60 million (roughly Rs. 460 crore), through more than 120,000 crypto donations in recent days, a live update post from analytics firm Elliptic showed on Tuesday, March 8.

Using Bitcoin, Ether, and Dogecoin among other cryptocurrencies, Ukraine’s Ministry of Digital Transformation is facilitating the buying of military equipment, as per a report by CoinDesk.

Alex Bornyakov, Ukraine’s deputy minister of defence extends the requirement list to the ministry of digital transformation after which crypto funds are allocated for purchases.

“Some of the military suppliers have accounts in crypto. Actually, some of them have companies and bank accounts in jurisdictions where cryptos are allowed. And they can just get crypto in Ethereum, Bitcoin and, of course, in some stablecoins,” CoinDesk quoted Bornyakov as saying.

Stable coins, such as Tether, USD Coin, and Binance USD, among others, are those crypto assets that are collaterised alongside a stable reserve asset such as gold or any fiat currency like the US dollar.

“It [cryptocurreny transaction] is easier, not complicated, transparent, and faster in comparison to a SWIFT transaction, which could take more than a day,” Bornyakov added.

Ukraine began accepting donations in crypto earlier this month. Its government operates a multi-signature wallet to control the donated cryptocurrencies.

For each crypto transaction, three out of five authorised personnel have to sign and approve the process.

“I cannot say who controls the multi-sig wallet since it is a security matter. We moved to a safe location because it is impossible. A couple of times a day there are airstrikes, sirens, so we have to go in the shelter, the bombings, it’s complicated,” Bornyakov reportedly noted.

The authorities of Ukraine have promised to list all the supplies that were purchased using crypto assets once the war situation subsides.

Along with non-lethal military equipment, crypto donations are also paying for more medical equipment being required in the war-ridden nation.

Kuna, a Ukrainian exchange has set up the crypto wallets for donations for the government.

Several nations have levied sanctions on Russia for waging war against Ukraine. Adhering to these penalties, crypto exchanges like Coinbase are having to block wallet addresses linked to Russian individuals and business entities.

With the value of the Russian Ruble tumbling down due to these sanctions, crypto assets could keep the Russian economy from getting isolated and eventually slow down its attacks.

Until some days ago, exchanges like Coinbase and Binance were refraining from having to block all Russian accounts calling it unfair for innocent civilians who invested in crypto for rainy days.